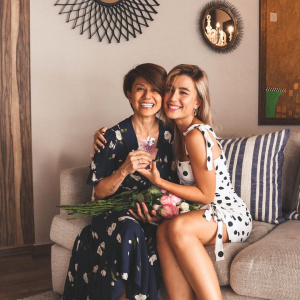 Saffron (right) and her mother, Serene Chiu, (left) who had raised her single-handedly from young. Photo from Saffron Sharpe.

Saffron was born in Hong Kong on 7 February 1997 to a British-caucasian father[1] and a Chinese mother. While not much is known about her biological father, it is clear that her parents separated when she was one and a half years old.[2] Her mother, Serene Chiu had raised her ever since.[3]

Saffron was from CHIJ Toa Payoh Secondary School. In 2014, she entered the Humanities stream at Catholic Junior College where she was also a student councillor.[4] Upon graduation in 2015, she was commended on the college's website for her outstanding 'A' Level results.[5] Saffron took a gap year in 2016[6] before joining Singapore Management University (SMU) where she studied business for a year.[7] In a "2018 recap" vlog, Saffron announced that she had withdrawn from SMU and will be transferring to Goldsmiths, University of London, to major in Media and Communications.[8]

Saffron's first few videos on YouTube in 2014 and 2015 were mostly of travel and beauty-related content. She started uploading frequently in 2016 and expanded her channel to include fitness routines, lookbooks, makeup tutorials and personal vlogs. In May 2017, she uploaded "20 facts about me #saffvlogs | Saffron Sharpe" where she shared personal details with her viewers. As of May 2020, it is the highest viewed video on her channel with 143,000 views.[9]

Saffron was one of the hosts for YouTube series Real Talk alongside co-stars are Jade Rasif, Johnathan Chua and Dew. Real Talk covers issues ranging from smoking to unplanned pregnancy in an uncensored and transparent manner. In the show, the four hosts discuss these issues while providing their opinions and personal anecdotes. Saffron left the show after 31 episodes to further her studies overseas.[10] She was replaced by Hashy Yusof-Than. 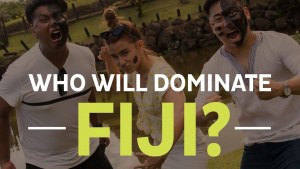 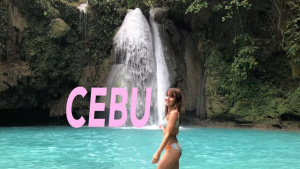 The thumbnail for Saffron's travel vlog to Cebu, Philippines in partnership with CheapTickets.sg.

Saffron has worked with brands like L’Oreal, Grab, Uniqlo, Dove, Biore, Adidas, CheapTickets, Zalora and AirAsia.[11] In 2017, she was one of the three Singaporean YouTubers who had been sent to Fiji. In collaboration with Tourism Fiji, Saffron, Umehara Keiji and Dee Kosh participated in The Great Fiji Challenge - a six-episode series comprising of challenges such as creating cocktails,[12] stand-up paddling[13] and sky-diving.[14] In 2018, she was sent to Cebu, Philippines by CheapTickets to film a travel vlog.[15] As of May 2020, the video has more than 26,000 views on YouTube and is also featured on the CheapTickets website.[16]

Saffron has also worked with other Singaporean YouTube personalities such as Eden Ang and channels like ZULA, a female-centric sister site of TheSmartLocal. In 2019, she was featured in the debut episode of a new YouTube series called ZULA Beauty Profiles.

Saffron founded Shopsaffy - an online store - some time in late 2019 or early 2020.[17] As of May 2020, the store carries a Holoq Holoq line consisting of a phone case, t-shirt and crop top.[18] Saffron shared that she injected approximately $7,000 in capital to launch the above three products.[19] She had hired a freelance graphic designer under NOUT studio[20] to execute the concept of her debut product line.

Saffron participated in The New Paper New Face competition (official website) at sixteen years old. TNP New Face is an annual beauty pageant organised by The New Paper where winners of the competition are awarded up to $10,000 in cash.[21] Saffron was shortlisted as a Top 20 finalist and was in the running for the pageant's Miss Popularity title.[22] Other Singaporean influencers such as Jade Rasif and Nicole Choo have also had their own experiences in TNP New Face competition.

In June 2016, Saffron was featured in a promotional video for Toggle’s web series Double Trouble. In the video, the camera crew had secretly filmed passersby at Orchard Road while Saffron made critical remarks about their dressing.[23] Saffron’s comments provoked a backlash from netizens, prompting Toggle to remove the video and release an official apology.[24] In a statement given to The New Paper, Saffron commented that she had felt uncomfortable with the idea but chose to continue with the filming. She also mentioned that she had been directed by Miss Ang, founder of thinkBIG Communications, on whom to comment on and on what to say.[25] However, a representative of thinkBIG Communications refuted Saffron's claims, claiming that everyone involved in the shoot had been informed of the content beforehand and they would not have continued filming if anyone had voiced out their discomfort.[26]