Eden Ang (born 10 November 1987)[1] is a Singaporean actor and YouTuber. He has appeared in local productions such as Yes Mdm (2016) and Tanglin (2015), among others. In addition to his main YouTube channel, he has been featured on the local YouTube channel Wah!Banana as an actor on several occasions. In 2018, several sexual harassment allegations surfaced against Eden Ang. As of August 2020, he is no longer active on his YouTube and Instagram accounts which have over 170,000 subscribers and over 79,000 followers respectively.

Eden Ang was born in Singapore to a Japanese mother and a Singaporean Chinese father.[2] The family moved to Taiwan when Eden Ang was 10 years old and subsequently New Zealand about three years later.[3] In New Zealand, Eden Ang was active in karate and was also recruited into a New Zealand breakdancing crew called 'Common Ground’.[4] Eden Ang returned to Singapore at 20 years old to complete his National Service.[5]

Eden Ang attended Nanyang Primary School in Singapore.[6] In Taiwan, he studied at the Taiwan American School. He furthered his studies in Christchurch, New Zealand at the University of Canterbury where he graduated with a degree in Chinese Studies.[7]

After National Service, Eden Ang worked for Universal Studios Singapore (USS) as a break dancer in the performance group 'Rockafellas’.[8] Subsequently, he ventured more into acting and producing YouTube videos His presence in Singapore’s entertainment scene ranges from commercials to theatre productions. In 2012 and 2013, he participated in two productions titled Spring Awakening and Rabbit Hole respectively. In 2014, Eden Ang was nominated for the Best Supporting Actor award under The Straits Times Life! Theatre Awards for his performance in Rabbit Hole.[9] In the musical Spring Awakening, he played the role of 'Moritz'.[10] These two productions were organised by Pangdemonium!, a local theatre company directed by the husband-wife pair, Adrian and Tracie Pang. The following is a timeline of his Eden Ang's acting experience over the years. 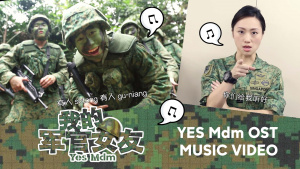 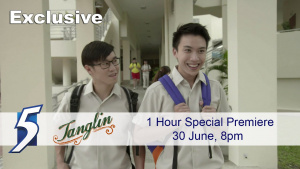 Eden Ang played the character 'Michael Tong', the son of Adam (Adam Chen) and Xue Ling (Constance Song). Tanglin (2015) is a long-running English language television series centred around four Singaporean families - the Tongs, Lims, Rahmans and Bhaskars. The series documents the characters’ daily lives where they navigate through a multi-racial society and interactions between generations. On 13 March 2017, Eden Ang declared his departure from the show in an Instagram post.[13] His last appearance in the show was in an episode that aired in May 2018, where Eden’s character had been sent to Brunei as a National Serviceman.[14] Michael Tong has since been played by Royston Ong.

Eden Ang had also played a small role in the Netflix original series, Marco Polo (2014).[15] He made an appearance in Episode 8 of the show’s first season.

Eden Ang acted in the local Chinese drama, Disclosed 揭秘 (2013) as a supporting character by the name of 'Huang Shi 黄石'. In the show, Huang Shi served as the main character’s assistant.[16] Disclosed 揭秘 aired on Mediacorp’s Channel 8 from October to November 2013. The 20-episode show follows a plot relating to investigations of cyber-crimes.

Eden Ang played the main character 'Meng', an idealistic kampung boy in the Singaporean made-for-television movie, Love Notes (2013).[17] Set in 1960s Singapore, the story centers around the relationships his character has with friends and family as well as his journey towards chasing his dreams. 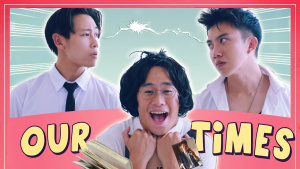 The thumbnail for Eden Ang's parody of the Taiwanese movie, Our Times. Photo from YouTube.

Eden Ang was well known for the content that he created on his YouTube channel under his production company, Eden Ang Productions. His channel was created in 2010[18] and he uploaded his first video that same year.[19] As of February 2019, his most viewed videos include ‘Undercover | Eden Ang’ with 1.7 million views[20] and ‘Cover Up | Eden Ang’ with 1.4 million views.[21] The usual content that he uploads includes skits, vlogs, and short films. His last video was uploaded on 24 January 2018.[22]

In January 2018, a Facebook user by the name of Kuroe Kun claimed that her friend Lilith, was turned away by the police when she had tried to report a case of sexual harassment. In the post, Kuroe Kun revealed that the supposed perpetrator was Eden Ang. The Singapore Police released a statement on Facebook in response to Kuroe Kun, stating that no such exchange had happened between the alleged victim and the police.[28] 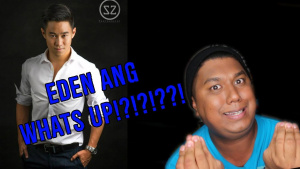 Subsequently, a local online personality Darryl Koshy (Dee Kosh) revealed in an Instagram Live session that the victim, Lilith, had contacted him and sent him screenshots of the conversation that she had with Eden Ang. In the conversation, Eden Ang had allegedly sent promiscuous messages telling Lilith to refer to him as "Daddy" and to turn up to work in a g-string.[29] Following this, Lilith herself spoke out about the situation in an Instagram post. She confirmed that Eden Ang had indeed touched her inappropriately despite her repeated rejections. Lilith further clarified that she was going to file a police report.[30]

In response to the situation, Eden Ang maintained his innocence in his statements on social media. He believed that the allegations against him are not substantiated but rather, misunderstandings of what had actually happened.[31] Following his response, notable actors from the local film franchise, Ah Boys To Men spoke out in support of Eden Ang. Charlie Goh, Maxi Lim, Joshua Tan and Noah Yap uploaded public posts stating that they believed Eden Ang was falsely accused.[32]

Following this incident, other women came forward with their own stories pertaining to Eden Ang. Apart from the women listed below, individuals such as the model-turned-actress Melissa Faith Yeo[33] and two anonymous individuals who went by the names "Sheryl" and "Dawn"[34] have come forward with evidence of Eden Ang's verbal and physical assault over the years. 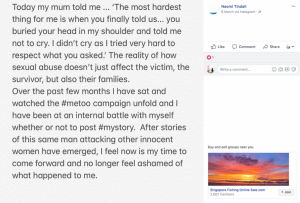 The day after Lilith came forward with her allegations, the former national gymnast Nicolette Lim claimed that Eden Ang had verbally harassed her in 2015 when they were on set together.[35] He then sent Nicolette inappropriate messages commenting on her underwear and her private parts. However, she had deleted these messages with the assumption that nobody would believe her and there was no need to be constantly reminded of the incident.

In May 2018, it was reported on Rice Media that another alleged victim, Naomi Tindall, was raped by Eden Ang.[36] The incident occurred in New Zealand when Naomi was 13 years old and Eden was 19. At the time, Eden was a university student working at a local ice rink as an entertainer and Naomi had been taking figure skating lessons there at the time. They soon got closer and texted each other regularly. In the days prior to the alleged rape incident, Naomi performed oral sex on Eden on one occasion. Subsequently, Naomi recalled that Eden invited her to his home where she was pressured to engage in sexual activities with him. Naomi and her family lodged a police report against Eden but the Christchurch police did not pursue this case further. They cited the lack of a strong case against Eden. In the end, they issued Eden a formal warning instead.

Another female victim by the name of E. Lin released screenshots of the conversation she allegedly had with Eden Ang on a local blog, Alvinology. In the conversation, Eden Ang proposed that they should film pornography together.[37] She had spoken out in hopes that she could encourage more women to do so as well.