TSL is a leading media publisher in Singapore with five subsidiary companies.

TheSmartLocal (TSL) started in August 2012 as a “positive hyper-local crowd-sourced review portal”.[1] Now a leading lifestyle publisher in Singapore, the TSL Media Group has grown to consist of the following sister companies: TheSmartLocal, ZULA, MustShare News, Eatbook.sg and Wiki.sg. As of 2020, the company has also opened regional offices in Malaysia and Thailand while also venturing into other regional markets such as the Philippines, Indonesia, Vietnam, Japan and South Korea. In 2018, TSL won ‘Media Brand of the Year’ at the Mumbrella Asia Awards.[2]

Bryan Choo is the founder and Managing Director of TSL Media Group. Before setting up TSL in 2012, Bryan was a competitive Starcraft gamer,[3] participating in multiple competitions in and out of Singapore.[4][5][6][7] In 2010, Bryan kickstarted SC2SEA - a South East Asia (SEA) eSports community site.[8] Bryan went to Catholic High School before furthering his studies at the University of Queensland where he graduated with a Bachelors of Commerce (Honours) in Finance.[9] 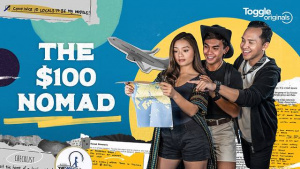 In 2018, TSL created a 10-part commissioned network programme for Toggle.

Equipped with an in-house editorial and video team, TSL creates content for its audience that can also be monetised.[10] TSL remains profitable by creating branded editorial and video content, an effective alternative to traditional advertising. Acting as a media publisher, creative agency and production house, TSL provides an “end-to-end service” for its paying clients.[11]

On average, TheSmartLocal has an average monthly reach of over 3 million Singaporeans.[12] With its beginnings as a written content publisher, TSL has diversified into creating video content for Facebook and YouTube. The company is also active on Instagram. In 2020, TSL produced an original series titled Alternate Beginnings. That same year, TSL collaborated with Night Owl Cinematics for the first time on an interactive video series called FilterSpell.[13] Over the years, TSL has also produced original short films such as My Cafe Crush (2018)[14] and An NTU Love Story (2017).[15] 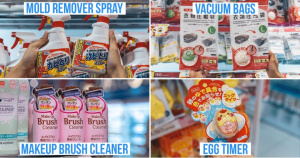 The cover image for TSL's "20 Greatest Daiso Things To Buy" article in January 2020.

In an interview with Vulcan Post, TSL’s founder Bryan Choo shared that the site had encountered hiccups in 2013, with its initial crowd-sourced review portal concept.[16] The site was slow to grow as Singaporeans were not contributing as actively as he had hoped.[17] With that in mind, TSL was then developed into a lifestyle media publisher. By 2020, TSL has covered a wide variety of topics ranging from wisdom tooth removal[18] to hiking locations[19] and overseas scams.[20]

Since 2017, TSL has partnered with the Ministry of National Development (MND) to produce the YouTube series #Instawalk.

TheSmartLocal has built a following on its YouTube channel - TSLTV - over the years. As of February 2020, the channel has over 260,000 subscribers.[21] The first public video on TSLTV was published in 2013. Titled "Ultimate Drive HD Singapore 2013", it was the first episode for the series - TheSmartLocal.com Singapore Attractions.[22]

Since its founding in 2012, TSL has expanded to include the following sister companies. 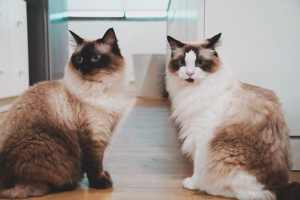 The first TSL office in 2013 was a shared office located near Clarke Quay. Later, they moved to Hoot Kiam Road for a few months before relocating to 592F Balestier Road in 2014. After 2 years, TSL moved to 71 McNair Road. In November 2016, TSL Media moved into an office space at Kallang Bahru which has since remained the company's headquarters.[27] In 2019, TSL opened physical offices in Malaysia and Thailand.

Founder Bryan Choo places importance on a positive office culture as this translates into a conducive environment for good work ethic and values. The TSL headquarters has an open-office concept and is equipped with a communal dining area, three studios, one meeting room and a chill area. TSL also has two office cats, Pika and Jaymee.[28]

Mumbrella Asia Awards is a prestigious award celebrating media-marketing work across the region. The awards consist of 30 categories that are judged by 200 industry jurors.[29]

In September 2018, Bryan submitted an award entry for TSL to Mumbrella Asia.[30] In November, TSL was nominated alongside media companies such as VICE Media, Consumer News and Business Channel (CNBC) and South China Morning Post (SCMP).[31] They won the award for Media Brand of the Year. The award presentation ceremony was held at the Intercontinental Hotel in Singapore.[32]