JianHao Tan (born 14 June 1993) is a Singaporean YouTuber and the chief executive officer of Titan Digital Media. As of October 2022, he has more than 5.6 million subscribers on YouTube and over 669,000 followers on Instagram. Throughout his YouTube career, he has collaborated with various Singaporean content creators such as Dee Kosh and Ryan Sylvia. In an interview with 8 Days that was published in 2018, JianHao shared that he made a six-digit annual income from YouTube alone.[1]

JianHao was born in Singapore on 14 June 1993. Due to his father's occupation in foreign service, JianHao spent most of his childhood and teenage years overseas.[2] He moved to Cambodia at eight years old and relocated again to Vietnam six years later.[3] After completing his studies in Vietnam, JianHao returned to Singapore to fulfil his national service requirements.[4]

In 2010, JianHao started a YouTube channel called Teenageguruz with two of his schoolmates from the United Nations International School of Hanoi, Nguyen Hoang Anh and Le Tuan Anh. The trio intended to use the channel as a platform for their juniors to receive practical life advice.[8] The first upload on the channel was a two-minute video titled 'How To Cut The Line'.[9] While Hoang Anh and Tuan Anh decided to further their studies in different countries, JianHao developed the YouTube channel after completing his national service.[10] 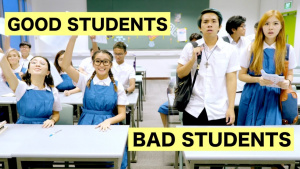 The thumbnail for JianHao's highest viewed video on YouTube as of June 2020.

As of June 2020, JianHao is the most subscribed-to YouTuber in Singapore with over four million subscribers. He creates content ranging from comedy skits to personal vlogs. As of June 2020, the most viewed video on his channel is a comedy skit titled 'GOOD STUDENTS vs BAD STUDENTS' with approximately 35 million views.[11] In February 2020, JianHao received an invitation from a representative at the Harvard College Project For Asian & International Relations (HPAIR) to speak at the annual Harvard Conference.[12] He had been invited to discuss the Asian YouTube Instagram cultural revolution as a panellist on 16 February 2020.[13]

The JianHao brand has also expanded to include the following YouTube channels - TITAN GAMERS, LADIES FIRST, THE IN CENTRAL and PLAYTIME TV.[14] These channels cover gaming, female-centric content, newsworthy incidents and kid-friendly content respectively. These channels and their talents are managed by Titan Digital Media, JianHao's media company.

In July 2014, JianHao officially registered his media company under the name 'The JianHao Tan Co.'[15] which he later changed to 'Titan Digital Media Pte Ltd'.[16] The media company provides a range of marketing services from creating advertorial content on social media platforms to recruiting talents for campaigns. The company has worked with notable brands like Apple, Disney and Air Asia.[17] As of 10 October 2022, Titan Digital Media has a combined reach of over six million subscribers across its YouTube channels and over four million followers on Instagram.[18] 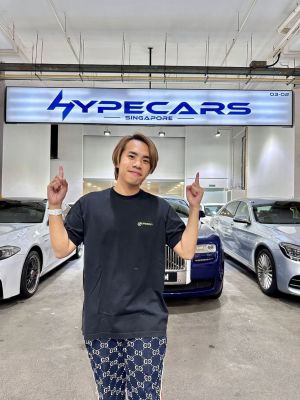 JianHao Tan in front of his car dealership, HypeCars, in Bukit Batok. Photo from JianHao Tan.

On 4 October 2022, JianHao posted an Instagram reel titled "Show what your small business sells in 7 seconds". The reel unveiled his newest business venture, a car dealership.[19] The showroom is located at WCEGA Plaza, 1 Bukit Batok Crescent, and open from Monday to Saturday from 9am to 7pm.[20] In an interview with Mothership published on 8 October 2022, Tan says he had always "really liked cars" and viewed it as his hobby.[21]

"To be honest, if you asked me a few years ago, I wouldn’t have expected myself starting a car business. It’s completely different to what I do daily in a creative agency like Titan as a YouTuber."[21]

He also went on to say that he didn't have much knowledge on the "proper procedures to purchase a vehicle" when he was younger, and has made HypeCar's motto to "effective and helpful to car buyers and sellers."[21]

"These days, I see a lot of my peers and friends my age getting cars. So hopefully we can service these people and make it a smooth, fun and easy experience"[21]

When JianHao was a high school student in Vietnam, he had volunteered at the orphanages in Thuy An Village during the weekends. He founded The JianHao Tan Foundation in 2015 based on this positive experience in his formative years. The charity organisation aimed to improve the standards of living of the children at Thuy An Rehabilitation Centre for Handicapped Children.[22] On 13 September 2015, JianHao visited the centre and contributed more than S$2,000 worth of necessities and toys. As of 25 September 2015, the organisation received more than S$1,500 worth of monetary donations.[23] 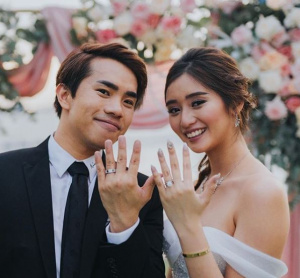 JianHao and Debbie at their solemnisation on 21 May 2019. Photo from Titan Digital Media's Instagram.

In August 2017, JianHao revealed on his YouTube channel that he had been dating Debbie Soon for two years.[24] Before this, he dated the influencer Naomi Neo from 2014 to 2015.[25] The couple broke up due to work and personal reasons. However, they remain good friends.[26]

In March 2019, JianHao uploaded a video titled 'The Big Surprise Proposal - JianHao Tan & Debbie' which documented the process behind his proposal to then-girlfriend Debbie. JianHao had disguised his proposal as a supposed product launch event.[27] The couple later confirmed on their social media platforms that they were officially engaged.[28] Within two days, the video gained more than 943,000 views on YouTube and was ranked second on the trending list.

A month later, the couple announced on JianHao’s YouTube channel that Debbie was pregnant with a baby girl.[29][30] On 21 May 2019, the engaged couple held a solemnisation ceremony at Rasa Sentosa in Singapore.[31] Debbie gave birth to their daughter, Starley, on 19 September 2019.[32][33]

On 2 December 2015, Ridhwan left JianHao's company, saying that “he deserved better”.[34] According to Ridhwan’s blog entry, he wanted to leave the company because he was not earning much.[35] He claimed that:

Following these allegations, JianHao uploaded a screenshot of his conversation with Ridhwan on his Instagram. In his caption, JianHao called out Ridhwan for playing a “pity game”. The post also provided a detailed rebuttal against every accusation that Ridhwan made against JianHao.[37] On 8 October 2017, JianHao uploaded a video titled 'What Really Happened Between Us' in which he and Ridhwan addressed their fall-out. They also announced that Ridhwan would be returning to Titan Digital Media as a part of CrayEight Studios.[38] 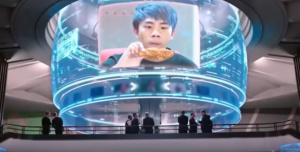 In May 2019, JianHao's popularity was recognised by the producers of Men In Black: International (2019) in which his videos made a cameo on the watch-list screen.[39]

In 2015, JianHao collaborated with Mediacorp on a project called The Tube. His videos were broadcasted on television every Wednesday at 10pm.[47]