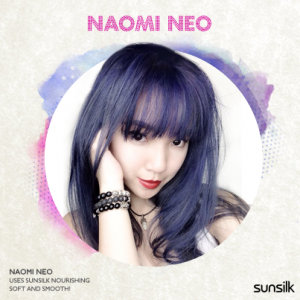 Naomi was selected to be an ambassador for Sunsilk in 2014. Photo from Sunsilk's Facebook.

Naomi started blogging "more seriously" at 15 years old, having been approached for her first client engagement in late 2011.[5] In 2014, it was reported that Naomi received S$45,000 worth of beauty, fashion and lifestyle sponsorships annually.[6] She has worked with brands like Benefit, SKII and Superga.[7] From 2014 to 2015, Naomi was a selected ambassador for Sunsilk.[8] As of January 2020, Naomi's last published post was on 22 May 2017.[9]

According to Naomi, she was approached by Gushcloud in early 2012 to be a contracted blogger managed by the agency. However, she claimed that although she worked with them, she was never officially contracted to Gushcloud.[10] As of January 2020, Naomi remains un-affiliated to any agencies.[11]

Naomi Neo studied at Damai Secondary School. She furthered her studies at Nanyang Academy of Fine Arts, graduating with a diploma in Arts Management in 2016.[12][13] On her LinkedIn profile, it is shown that Naomi holds a Bachelor's degree in General Sales, Merchandising and Related Marketing Operations.[14]

Naomi is both a YouTube content creator and a social media influencer. She is also the founder of two companies: an accessories company named "NNCHANTED" and a holistic wellness brand named "nnpower".[15][16]

At present, Naomi is said to be making an "estimated six-digit income a year", and a "five-digit income a month derived from mainly sponsored content".[17] 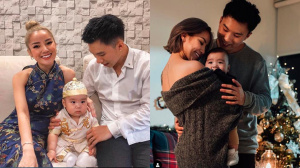 Naomi Neo pictured with her husband and son. Photo from Smart Parents.

In early 2016, Naomi entered a relationship with Han.[19][20] In March 2018, they got married at Singapore Botanic Gardens, followed by a private yacht event at Marina at Keppel Bay.[21] The same month, Naomi announced her pregnancy on YouTube through a video titled “I AM PREGNANT!!!”. At the time of the video upload, she was 6 months pregnant.[22] In June 2018, she gave birth to her son, Kyzo.[23]

On 22 August, Naomi uploaded a YouTube video titled "How I Hid My Pregnancy From My Husband For 3 Months" where she details how she kept the news of her second pregnancy from her husband.[24] She gave birth to her daughter, Zyla Rey on 21 January 2021.[25]

In 2014, Naomi was revealed to be in a relationship with JianHao Tan. When they were dating, Naomi and JianHao collaborated in several YouTube comedy videos.[26][27][28] After dating for more than one and a half years, they broke up due to work and personal reasons.[29] Despite that, they still remained good friends. In 2018, JianHao visited Naomi after she had given birth to her first child.[30] 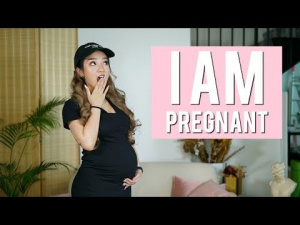 As of August 2022, Naomi is active on YouTube with about 495,000 subscribers. Since becoming a wife and mother, Naomi has included Han and Kyzo in her recent videos. While her earlier content comprised of comedy skits, her recent videos are mainly vlogs and Q&As pertaining to motherhood.[31]

On 25 January 2022, Naomi uploaded a video on her YouTube channel where she revealed that she is adopted.[32] In the heartfelt video, Naomi revealed that she had growing suspicions of her parentage from when she was a child. One instance was when her health booklet didn't reflect a blood type. In addition, her birth certificate also states that her place of birth is "The People's Republic Of China".[33] Another instance was not being able to find any existing photographs of her as an infant. Her parents' stories when questioned also didn't corroborate which left her with greater suspicion that she was indeed adopted. 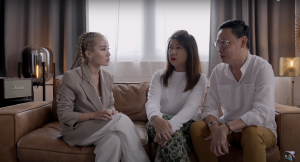 It wasn't until she was pregnant that she realised that her mother was fairly clueless when it came to pregnancy and childbirth.

"The suspicion went on, and what led to me asking them again after so many years was when I was pregnant with Ky. During my first pregnancy, she seemed very unaware of how a pregnancy should go. So things like a baby's kicks, she got very fascinated about it."[32]

Her parents also revealed in the same video that they had been trying for a child for a period of 8 years. They had been informed by a doctor that they both could not bear children naturally.[32] The adoption video is the latest video posted on Naomi's YouTube channel and it has garnered a total of 605k views as of August 2022.[32]

"Blood-related or not, I believe the love and care from my parents throughout the years have taught me that real family isn't necessarily defined by our blood, but rather, the people who have been there by our side when no one else is."[33]

Between 2012 and 2018, Naomi has appeared in more than 40 videos with JianHao Tan. She has also been featured on channels like Millennials of Singapore. 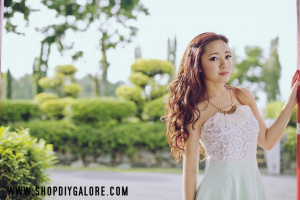 In 2013, Naomi was invited to walk the Asia Style Collection runway.[34] World-renowned k-pop groups like Girls’ Generation and 2NE1 were also present at the event as performers.[35] Between 2013 and 2014, Naomi Neo has also modelled for the following blogshops. 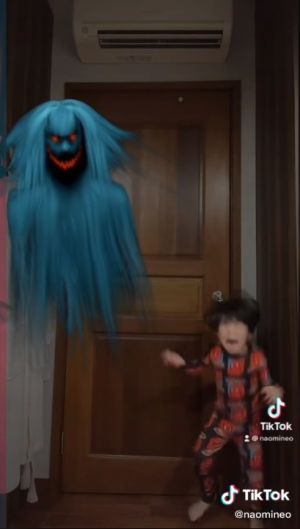 On 15 August 2022, an article was published by Today drawing attention to the amount of flak Naomi was getting for a TikTok video she posted in which she tried the "ghost prank" on her son, Kyzo.[37] The TikTok video reached reached 22.9 million in a matter of 4 days with many lambasting Naomi for pulling such a traumatising prank on her son.[38] A few days later, in defense of her actions, Naomi posted another TikTok video of herself with Kyzo, showing the child unaffected by the ghost prank filter and requesting to view it several more times.[39] Some people have supported Naomi in her actions by leaving encouraging comments on her second TikTok video stating that she is a good mother.[39]

On 8 August 2020, Naomi purchased what she described as her "dream car" since her days as a teenager - a $600,000 Lamborghini Huracán.[40] She revealed that the car was her second car, and she had purchased it with on her own, without any financial help from her parents or her husband. In her YouTube video, she mentioned that the car was a "gift" to herself.[40] Two years prior to this purchase, Naomi purchased her first car, a Mercedes C Class.[40]

"16-year-old me would never imagine being in a Lamborghini, let alone purchasing one myself."[40] 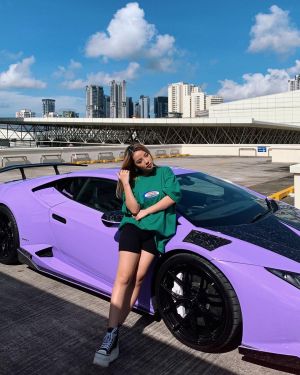 Naomi Neo with her Lamborghini Huracán. Photo from Instagram.

The purchase and video drew a substantial amount of criticism from the public as the purchase was made just as Covid hit.[41] In an interview with 8 Days, Naomi said that the purchase of the car was something she had already had in the books since the previous year and she didn't want to change her mind and forgo her dream car.[41]

“I constantly feel that women are looked down on when it comes to being able to afford their own stuff. I've always believed in independence. I started earning my own money at 15 [making online videos] and that was also the age when I stopped taking money from my parents. And I am very blessed that I am still doing pretty well,”[41]