Jaze Phua (born 1992) is an actor and film-maker based in Singapore. In 2019, his "Naruto-inspired Mirror Run Challenge" went viral on social media. That same year, his parody video of the Avenger's End Game (2019) trailer received praise from Mark Ruffalo and Anthony and Joseph Russo - the directors of the Hollywood film.[1] Before his virality, Jaze Phua has produced and directed comedy sketches, web-series and short films - some of which have won awards. As of April 2020, he is listed as the founder of Pandastic Media - a media agency with a focus on social media content.[2]

In 2015, Jaze lost his mother to cancer.[3] His short-film titled An Open Letter from the Son of a Cancer Mom - The Gift《礼物》(2015) had been inspired by his relationship with her.[4]

Jaze graduated from Nanyang Polytechnic with a diploma in animation.[5] While in NYP, Jaze and his teammates won a host of awards for their animation First Drop (2012).[6] Following that, he went to Nanyang Technological University (NTU) where he majored in film.[7] Jaze did not complete his university education, having withdrawn from the course to pursue his film career.[8]

Jaze mostly uploads his creative work for public consumption on YouTube and Instagram. He has acted alongside Benjamin Kheng and Naomi Yeo in Toggle's Dead Lucky (2018) - a nine-part action series of which Jaze was also the Production Designer.[9] 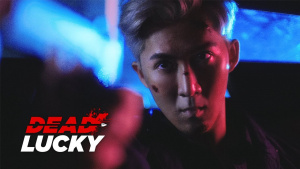 As a digital film-maker, Jaze has produced versatile content ranging from comedy sketches to music videos. The table below highlights some of his prominent work.

His award-winning productions can be found in the following section below.

On YouTube, Jaze has collaborated with other Singaporean content creators like Tree Potatoes, Wah!Banana and Trevmonki. In 2015, he was a guest in Episode 6 of Yan Kay Kay's Babe of All Trades where he coached her on how to be an action actress.[10] 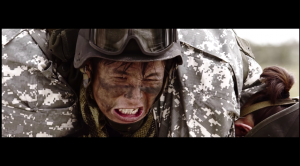 A still from With My Life (2017) - which tells the story of a father-daughter pairing in an apocalyptic world. Screengrab from YouTube video.

Over the years, Jaze has submitted his films in an array of competitions. He has received the following awards for his work.