Yan Kay Kay (born on 11 March 1982 as Yan Qihua), was a Singaporean model, blogger, fashion entrepreneur and YouTuber. As of 2020, Kay Kay is most active on her Instagram platform where she has over 100,000 followers.

Kay Kay and her husband, Brandon, pictured in 2019. Photo from Instagram.

Yan Kay Kay went to Raffles Girls Secondary School[1] before completing her GCE 'A' Level examinations at Anglo Chinese Junior College.[2][3] She furthered her studies at the National University of Singapore and graduated with a Bachelor of Arts in 2005.[4][5]

Kay Kay first started her career as a part-time lingerie model.[6][7] In 2008, she was ranked seventh in FHM magazine's Top 100 Sexy Women in Singapore list.[8] A year later, Kay Kay joined S Factor - Mediacorp Channel 5's reality TV show - and emerged the winner where she secured a cover spread on FHM magazine on top of winning a S$10,000 cash prize.[9] Yan Kay Kay's exposure on the show kickstarted her presence in the local media scene. 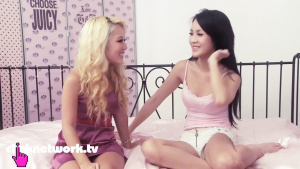 Xia Xue and Kay Kay pictured in 2011 when they had still been on good terms. Photo from Mumbrella Asia.

When Kay Kay started blogging in 2011, she first posted advertorials for blogshops with the occasional life update.[15] Kay Kay's decision to start blogging caused a rift in her friendship with Xiaxue.[16][17] The duo's friendship continued to sour after Xia Xue - a blogger loyal to Nuffnang - involved Kay Kay in her exposé of a rival social media agency, Gushcloud. At the time, Kay Kay had a working relationship with Gushcloud although she was not a signed blogger.[18] Kay Kay's blog is inactive as of 2017. 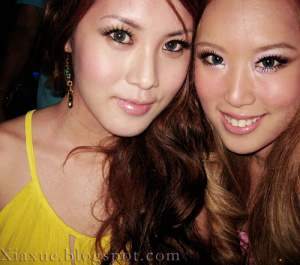 Kay Kay and Xia Xue pictured in 2008. Photo from source.

Xiaxue’s big Gushcloud exposé came in five parts, each discussing the ways in which Gushcloud is an unethical company. In part 1, Xia Xue involved Kay Kay in her allegations. Xia Xue had tracked the video statistics for Kay Kay’s “Babes of All Trade" to prove that the latter had bought YouTube views. Through this, XiaXue questioned the authenticity of Kay Kay's channel.[19]

Kay Kay publicly defended herself following the allegations, providing screenshots of her YouTube analytics to prove that she or Gush Studios had not bought views. Addressing Xia Xue's point about "advertisement masking", Kay Kay argued that many influencers - including Nuffnang's bloggers - are not fully transparent about advertorial posts and that Xiaxue was biased against Gushcloud’s talents.[20]

Xia Xue and Kay Kay had been good friends since the latter's early modelling days. In 2012, the duo had a fallout over Kay Kay's decision to enter the blogging and influencer industry. According to Kay Kay, they had "parted amicably" but since then, Xiaxue continued to leave backhanded comments on social media regarding Kay Kay's growing career as an influencer. In Kay Kay's words:

In a 2019 interview with ZULA, Xiaxue shared that she had been hurt and angered by the fact that Kay Kay wanted to compete with her. She also added that Kay Kay was no longer the same person after becoming “Kay Kay the influencer”.[22] 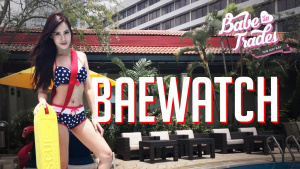 Yan Kay Kay in the video thumbnail of Babe of All Trades Episode 15.

Although her YouTube channel has been inactive since 2017, Kay Kay once had a strong following on the video platform.[23] Between 2014 and 2016, Kay Kay was the host of two web shows on her channel. She hosted 23 episodes of Babe of All Trades where she took on various jobs from ranging from a property agent to a horse riding instructor.[24] In 2016, she hosted 27 episodes of Really Meh?! where she reviewed gadgets, household items and beauty products.[25]

During this time, Kay Kay had also been featured a featured guest on Live Great TV where she went on dates with Elliot from Tree Potatoes and Malaysian YouTuber Ming Han from The Ming Thing.[26][27]

From 2011 to 2013, Kay Kay was a host on Clicknetwork where she co-hosted Chick vs Dick with Paul Twohill.[28] The first episode aired in May 2011 where they both attempted the cinnamon challenge.[29] Each episode of the series covers a topic related to entertainment, lifestyle and beauty. Kay Kay was the host of the show for over 90 episodes over the span of 2 years. She last appeared in Episode 91: The Poker Face Challenge.[30]

Kay Kay is the co-founder of SuperSenji - a distributor of Susenji products in Singapore.[31] The shop promotes two products - the Susenji Gold Gel and Susenji Drink Orange MOFA that claims to aid in weight loss.[32]

Kay Kay created the Instagram account for “My Dream Bag” - an e-commerce venture promoting and selling luxury handbags - in March 2013. The idea started when Kay Kay realised she could sell her many pre-loved luxury bags to purchase a new $5,000 Boy Chanel handbag.[33] Soon after, she was helping her friends promote their preloved handbags as well. The Instagram account is still active as of February 2020 and has 31.9K followers.[34]

KandyKayne was an online blogshop founded in January 2011. By October the same year, Kay Kay had earned enough to set up a retail shop under the same name in Bugis Village.[35] The blogshop is no longer in operation.

In January 2014, a local blogger and DJ Peggy Heng posted an entry about the dangers of young girls who accept nude photoshoots in exchange for money. In the entry, she used several photos of semi-nude women, including a photo of Kay Kay. Peggy had reportedly found Kay Kay's photo on an adult site.[36] It was also revealed that Peggy had a personal vendetta against Kay Kay as the latter had once called her by a nasty name on Twitter. Peggy said that she had specifically used Kay Kay's photo as a way to get back at her. She told The New Paper:

After the post went viral, Kay Kay clarified that the photo was from a lingerie photoshoot where she must have accidentally exposed herself.[38] She also confirmed that she had never been in any nude photoshoots. After apologising to Peggy, the blog post with the incriminating photo was deleted.