Benjamin Kheng (born 15 August 1990) is a Singaporean musician and actor. Popularly known as the vocalist of The Sam Willows, he has been producing solo music and creating comedy sketches with Hirzi Zulkiflie on The Benzi Project as of 2019. He was also a former youth national swimmer and a radio DJ for Lush 99.5FM.[1] As of 11 May 2020, Ben has 205,000 followers on Instagram.

Benjamin Kheng was born on 15 August 1990 to Kheng Meng Siong and Regina.[2] He is the older brother of Narelle Kheng.[3] As children, their mother had exposed them to classical composers like Tchaikovsky and Bach.[4] In 2002, they lost their mother to Stage 2 breast cancer after her four-year-long battle.[5][6] Ben began swimming competitively at six years old. He had been a part of the Swimfast Aquatic Club, managed by a former national swimmer, David Lim.[7]

Ben attended Anglo-Chinese School (Primary) before enrolling into Anglo-Chinese School (Independent) through the Direct School Admissions (DSA) programme.[8] He had then transferred to the Singapore Sports School to pursue competitive swimming.[9] During his time there, Ben was a part of the national youth team, specialising in long-distance events and the individual medley. In 2005, he won the Queensland State Championships for the boys' 200 m individual medley at a timing of 2:16.92.[10][11] In 2006, Benjamin Kheng was presented with the National Schools Colours Award in recognition of his sporting achievements.[12] Ben furthered his studies in Republic Polytechnic, graduating with a diploma in Arts and Theatre Management.[13] 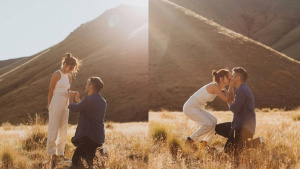 Ben and Naomi made their relationship public in September 2019.[14] Before that, they had worked on projects together as colleagues - having been cast members in shows like The Intruder (2019). In March 2020, Ben and Naomi posted photos of their engagement onto their respective Instagram accounts.[15][16] The proposal had been captured by New Zealand-based photographer, Phoenix Casuarina. Ben had proposed to Naomi at Lindis Pass in Southern New Zealand.[17][18] The couple had been on holiday at the time. It was also revealed that Ben had asked Naomi's parents for their blessings four months prior to his proposal.[19] 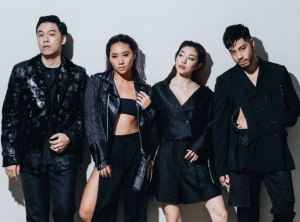 The Sam Willows is comprised of Narelle Kheng, Jonathan Chua, Benjamin Kheng, Sandra Riley Tang. In late 2011, the quartet had first grouped to perform at their school’s alumni concert.[20] In May 2012, The Sam Willows uploaded their first mashup and cover of hit songs Hey Soul Sister by Train and We Are Young by Fun.[21] The video went viral and marked their rise to fame as a household name. On 27 May 2019, The Sam Willows announced that they were going on a hiatus.[22] 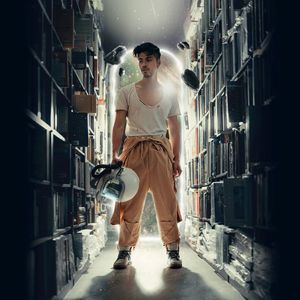 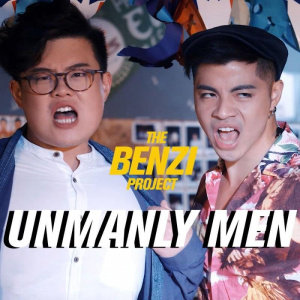 Andrew Marko (left) and Ben wrote the music and lyrics for The Benzi Project's Unmanly Men (2019).

Ben collaborated with Hirzi Zulkiflie to create The BenZi Project (YouTube channel), a comedy sketch channel on YouTube. The series feature relatable scenarios faced by most Singaporeans such as The Halal Gap and Code-Switching. In 2020, the BenZi project released a parody of Singapore Social where Ben played the character Peter Faul - a caraciture of Paul Foster. Hirzi and Ben produce, direct and act in every episode of The Benzi Project. In a 2019 interview with 8 Days, Ben shared that the duo hoped to monetise The BenZi Project in the future.[24]

During his talk titled Walk With Your Mind; Run With Your Heart (YouTube video), Benjamin Kheng spoke about how he overcame his anxiety disorder during his youth. He shared a story about how he was bullied in high school for being short and talked about his late mother and other pivotal experiences he had growing up. He stressed that to reach greater heights, one needs to embrace personal demons. Ben also shared the fact that he is a synesthete, a person who associates each music note with a unique person and colour.[25]

As of April 2020, Benjamin Kheng is a Fly Entertainment artiste.[26] 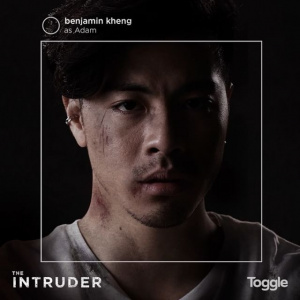 Ben pictured as Adam in The Intruder (2019). Photo from source.

In 2019, Ben was a part of an international cast for No Sleep No FOMO. The eight-part reality travelogue show featured local and international personalities like Eric Nam, Nat Ho and Paul Foster. In each episode, members explore new cities and while completing missions.[27][28]