Donald Low How Tian (born 1973) is an academic professor, consultant and author with a background in economics and international public policy. From 2012 to 2018, he served as the Associate Dean for research and executive education at the Lee Kuan Yew School of Public Policy (LKYSPP) in the National University of Singapore (NUS).[1] At the time of writing, Donald Low is based in Hong Kong as the Director of Hong Kong University of Science and Technology (HKUST)'s Institute for Emerging Market Studies (IEMS).[2][3] He is also an Associate Partner at the political advisory firm, Centennial Asia Advisors where he works with clients from governments, multinational corporations and educational institutions.[2][4] 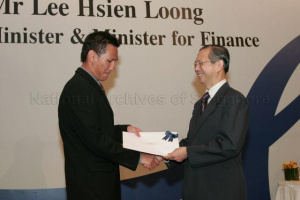 After completing his tertiary studies, Donald Low held various administrative positions with the Singapore government for over 15 years. Notably, he was the Director of Fiscal Policy at the Ministry of Finance from 2004 to 2005.[6] He then served as the Director of the Strategic Policy Office in the Public Service Division from 2006 to 2007.[1] In June 2012, Donald Low was a guest speaker representing Singapore at the inaugural conference of the ASEAN Coalition for Clean Governance in Penang, Malaysia.[7] 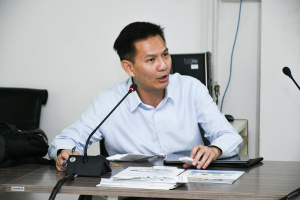 Donald Low delivering a seminar at the Asian Institute of Technology (AIT) in 2019. Photo from source.

Donald Low is a Singaporean academic who has written and published commentaries about Singaporean economics, governance and public policies.[8][9][10] Speaking at a research seminar titled "Challenging The Singapore Consensus" that was organised by the City University of Hong Kong in 2016, he said:

Donald Low has also been a speaker at various other lectures, seminars and round tables in the course of his academic career.[12][13][14][15] Over the years, he has built professional partnerships with contemporary academics such as Cherian George and PJ Thum, one of the founders of New Naratif.

In October 2012, Donald Low started working for NUS as an Associate Dean of executive research and education at the Lee Kuan Yew School of Public Policy (LKYSPP).[1] He led the executive education efforts at the LKYSPP and also took charge of its case study unit. In April 2018, it was announced that he had resigned from NUS.[16] In a Facebook post, Donald Low posted a statement about his resignation, saying:

“For the record, I’m leaving on very good and happy terms with the school. It’s been a very meaningful and fulfilling 5.5 years, and I’ve enjoyed working with colleagues and students. I will miss them very much. I’m also looking forward to some serious holidaying.”[16]

Despite resigning, he continued working with LKYSPP in the capacity of an advisor from May 2018 to December 2018.

Donald Low has authored three books as of October 2020. He has also written several original articles about Singapore for Academia SG, a website founded in 2019 by a group of Singaporean scholars.[18] In July 2020, he co-authored an article about the Singapore General Elections titled, Why Singapore may lose, whatever the final score that reflected on the People Action Party's "negative campaign".[19] 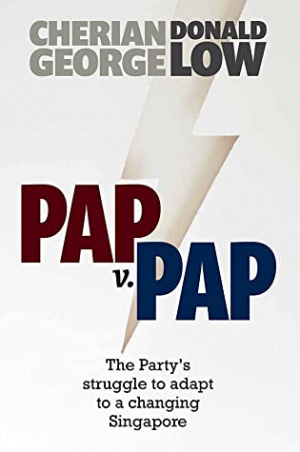 The cover of Donald Low and Cherian George's latest publication, released in October 2020.

In October 2020, Donald Low released PAP vs PAP; a commentary on the political landscape in Singapore and how the People’s Action Party (PAP) have struggled to adapt to changes in the country.[20][21] In an interview with Yahoo! News, he said:

"What the pandemic revealed and what became clear over the course of GE2020 was that serious doubts have emerged over Singapore's model of elite governance. We've always valorised [and] prioritised having a strong, competent elite government but the pandemic has shown that it needs to go beyond that... you can't just rely on a small group of technocrats to guide the country. You really need to complement a strong state with what scholars call 'strong society'."[20]

Donald Low co-authored the book with the former political journalist for The Straits Times, Cherian George who currently works as a professor of media studies at the Hong Kong Baptist University.[22] The book was self-published by the two academics.[8]

In October 2014, Donald Low released Hard Choices: Challenging the Singapore Consensus, a book written about Singapore’s governance which discusses topics such as policy issues, social welfare and meritocracy.[23][24] He co-authored the book with the political writer, Sudhir Thomas Vadaketh, with contributions from Linda Lim and PJ Thum.[9] The book was first published by NUS Press.

Donald Low authored his first book in 2011. Titled Behavioural Economics and Policy Design: Examples from Singapore, the book cited examples of how the Singapore government successfully integrated and applied behavioural economics and economics principles with policy implementation.[25] The book was first published by World Scientific Publishing.[10] 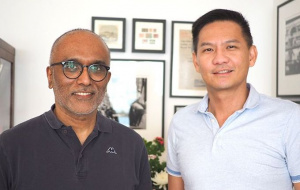 On 1 November 2020, Donald Low was scheduled to appear as a panellist alongside the former political journalist, Cherian George on the “Public Discourse: Truth and Trust” webinar.[26] The event was organised by the Raffles Hall Association (RHA), a group run by NUS Raffles Hall alumni.[27] The panellists were also engaged to promote their new book, PAP vs PAP.

On 28 October, online users noticed that the RHA had put up a new flyer featuring a different slate of speakers. In an interview with the news site, TODAY, Cherian George stated that neither he nor Donald Low had been notified by RHA or NUS about the last-minute change.[28] On 29 October, Donald Low released a statement on his Facebook discussing his removal from the webinar:

“A few friends had messaged me to ask if I was upset about the cancellation of the Raffles Hall talk, I should say that I’m not unhappy with the way things turned out. Of course, I’m a bit cheesed off with the lack of collegiality and courtesy by the organisers who did not even email me to tell me the event has been cancelled. But I'm glad that I no longer have to speak on a Sunday evening to what is likely to be a small audience. Neither my co-author nor I had asked to be invited for this.”[29]

The former journalist, Bertha Henson also weighed in on the topic in an article that questioned the motives of the organisers.[30] According to Raffles Hall Association’s Facebook page, the two academics had been replaced by the former journalist, Al Ramirez Dizon and the NUS lecturer, Shobha Avadhan.[31] 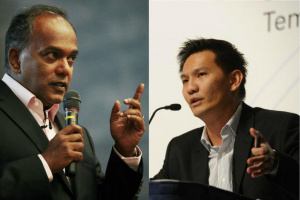 “Making laws on the basis of public opinion is populism by another name. If criminal punishments are to reflect only public opinion, one may as well just run an opinion poll each time someone has been convicted.”[33]

“Academics, like Donald, have every right to criticise statements made by others, in particular on issues of public importance. But to be meaningful, and sensible, it will be first useful to read and understand what has been said, before jumping in to criticise. Otherwise the commentator does no credit to himself or his institution. Particularly an institution which carries Mr Lee Kuan Yew’s name.”[34]

Donald Low subsequently made two public apologies to Minister Shanmugam, the second one coming after Donald deemed his first apology “insincere and self-exculpatory”. He posted his apology on Facebook, saying:

“I had read the piece (Minister Shanmugam’s interview) in full, but didn’t give your comments sufficient attention in my post. I apologise for that. I accept that my criticism of your views was untruthful, unfair and unsubstantiated. I have let the LKY School down. But above all, I’m sorry for my original post; it was impulsive and reckless.”[35]