Lim Shiow Rong was a seven-year-old girl who was found raped and murdered on June 25, 1995.[1] Her case remained unsolved for over two and a half decades until January 2021, when a man claiming to have information on the suspect came forward to the victim’s family.[1]

Lim Shiow Rong had short black hair, and was said to have a very friendly demeanor, even to strangers.[2][3] Shiow Rong often hung around the playground near 75 Toa Payoh Lorong 5 Hawker Centre where her mother’s coffeeshop was located, and was affectionately known as “Ah Girl” by the hawkers there.[2]

At around 9:30pm on June 24, 1995, seven-year old Lim Shiow Rong went missing after telling her mother, coffeeshop owner Ang Goon Lay, that she was going to meet a friend of her father’s.[2] When Shiow Rong did not return to the coffeeshop by 11pm, Mdm Ang searched for her daughter throughout the night and lodged a missing persons report the next day.[2] Mdm Ang added that Shiow Rong typically did not leave her stall for reasons other than to go to the playground or to buy sweets from a provision shop nearby, saying:

" She always came back after a short while, and she has never taken a bus or taxi by herself."[4] 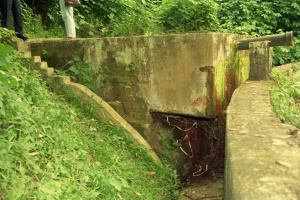 The area around Jalan Woodbridge at which Lim Shiow Rong’s body was found.

Lim Shiow Rong was found on June 25, 1995 in a drain near a sewerage tank at Jalan Woodbridge, which was located eight kilometres from her home.[5][1] A teenager who happened to be playing football nearby discovered Shiow Rong’s body an hour before her mother lodged the police report.[2] Shiow Rong was found placed in a semi-sitting position with fingerprint marks around her neck and blood around her mouth.[2]

After Lim Shiow Rong’s body was handed over to the police for further investigations, the government pathologist found blood stains on her undergarments, revealing that she was raped and subsequently murdered.[4] In August 2000, the coroner recorded Lim Shiow Rong’s case as “culpable homicide by unknown person(s)”.[6]

Some time after Lim Shiow Rong’s murder, her mother found a piece of paper with a pager number and the Chinese word for “little brother” written on it inside Shiow Rong’s waist pouch that she left behind at the coffeeshop.[2] The date which Shiow Rong went missing was also found scribbled on her bedroom wall.[2] In an interview with The New Paper, Mdm Ang mentioned that she often saw a suspicious customer at the coffeeshop, saying:

“A Chinese man comes when my husband is not around, usually between 8(pm) and 11pm. He is dark and stout, of average height, and does not wear glasses.”[2]

In July 1995, a sketch description of the suspect was issued by the police to the public.[7] However, for over two and a half decades, the police have not been able to uncover what these clues have meant for the case. 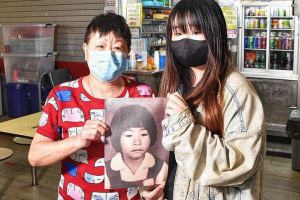 On January 11, 2021, Mdm Ang and Shiow Rong’s younger sister Jia Hui made a public appeal for help with Lim Shiow Rong’s 26-year-old case, in hopes that there would be new information due to the breakthrough of Felicia Teo’s case.[8] Lim Jia Hui, now 27 years old, was quoted as having said:

“If they managed to arrest someone so many years later in (Ms Teo's case), hopefully the police can find who did this to my sister. I believe they can find something with DNA and fingerprints (since Shiow Rong) was beaten up.”[8]

The day after the public appeal, a regular patron of Mdm Ang’s coffeeshop recognised the sketch description that the police gave and passed on the information to Lim Jia Hui, who filed a police report.[9][10] The Criminal Investigation Department (CID) has since assumed control of this case and will continue investigating the leads.[9]