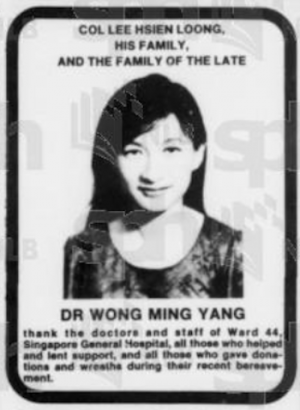 Wong Ming Yang, the first wife of Singapore's Prime Minister, Lee Hsien Loong, passed away at 12.30 AM on 28 October 1982. She had been admitted into Singapore General Hospital’s Coronary Care Unit on the night of 27 October 1982 after suffering a heart attack.[1] Although the cause of her death has been determined as a myocardial infarction, the circumstances surrounding her death have been widely speculated by Singaporeans. 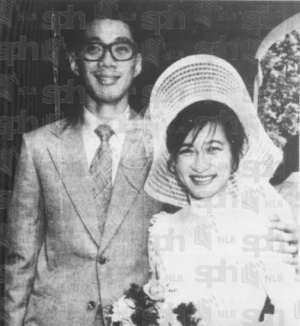 Lee Hsien Loong and Wong Ming Yang on their wedding day in 1978. Photo from source.

At the time of her death, Wong Ming Yang had been married to Lee Hsien Loong for about four years.[2] According to a news report from their wedding day in 1978, the elders of the family were approving of the union. Lee Hsien Loong’s paternal grandmother, Chua Jim Neoh, was quoted to have said the following about Wong Ming Yang:

“Hsien Loong found himself a good girl. I’m a bit old-fashioned. I like a sweet, simple girl and Ming Yang is just right. She is also very pretty and very intelligent - a match for my grandson. I am very happy.”[3] 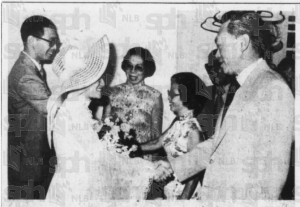 Wong Ming Yang gave birth to her daughter, Li Xiuqi in 1980 and her son, Li Yipeng in October 1982. The latter was born with albinism and would later develop Asperger’s Syndrome.[4] Wong Ming Yang passed away about three weeks after the birth of her son.[5]

Netizens mainly theorise that Wong Ming Yang did not die of cardiac arrest as this would have been rare for a woman her age (31 years old). Instead, it has been speculated that she suffered from serious Postpartum Depression (PPD) after giving birth to her son, Li Yipeng. This condition eventually led to her death.

A Reddit user, Nightofthestars, recounted their conversation with a taxi driver in 2019 on the r/SingaporeRaw thread discussing the circumstances of Wong Ming Yang's death:

"The story was that Lee Yi Peng's mother (Dr Wong Ming Yang) went into deep depression after giving birth to him... I did not believe the taxi driver, and asked where and how he got this info from. He said it is likely to be true, because one of his kopi buddies' wife used to work as a servant at the Lee's residence. The servants would hear pitiful wails from her (Dr Wong Ming Yang) room every night, until one night, when it stopped."[6]

It is then suggested that Wong Ming Yang attempted to end her life. Another Reddit user echoed that they have heard a similar account, albeit conceding that it is difficult to confirm the speculation "unless we are the doctors who attended to her".[6] Although PPD is not uncommon among new mothers,[7] it is rumoured that the pressure of being the wife to Lee Hsien Loong worsened her condition. In a separate forum website, an anonymous user speculated that it was a combination of PPD, relationship strains within the Lee family and having given birth to an albino son that led Wong Ming Yang to her death.[8]

Following her death, Wong Ming Yang's corneas were immediately donated to two individuals - a 15-year-old student, Yeo Buck Hock and a 26-year-old mechanic, Low Thoe Guan.[9] Following their successful operations, Yeo Buck Hock and Low Thoe Guan regained their sight.[10][11] According to Singapore General Hospital's director, Dr Kwa Soon Bee, the family consented to donate the late Wong Ming Yang's kidneys but could not do so due to "time constraint".[9]

On the night of 28 October 1982, Lee Hsien Loong's colleagues from the Singapore Armed Forces (SAF), friends and relatives of the two families paid their respects at the wake.[12] Wong Ming Yang's mother and father, Wong Nac Leong, travelled to Singapore from Kuala Lumpur to attend to their daughter's passing. According to reports by The Straits Times, Wong Ming Yang's body lay in state at the Mount Vernon funeral parlour.[13][9]

Instead of scrolls and wreaths, Wong Ming Yang's family requested donations to be sent to the Singapore General Hospital in her memory.[14] On 30 October 1982, The Straits Times published the following:

"To Colonel Lee Hsien Loong & Family. Our deepest condolences and sympathies on the demise of Dr. Wong Ming Yang. From fellow Singaporeans."[15]

A day later, the national broadsheet published another condolences letter from the Chief and Officers of the General Staff of the Singapore Armed Forces (SAF) that was dedicated to Lee Hsien Loong, who was a colonel in the SAF at the time.[16]

Wong Ming Yang's body was cremated at Mount Vernon Crematorium on 31 October 1982[13] after a funeral service where Lee Hsien Loong read the following eulogy for his late wife:

"I remember her for her support and encouragement in rough times, for her strength in adversity, and for her tactful advice in all matters. I remember her as an intrepid, resourceful, tireless, imaginative woman, who knew what she wanted, and was seldom daunted from achieving her aim.

I remember her for her acute judgement of character. The honest, the able, the shifty, the unwise, none escaped her intuition. She was impatient of prevarication, but tactful in dealing with others less hard-headed.

I remember her for her warmth, her habit of making little telling gestures, and recalling in conversation little personal details, which showed her natural concern for and empathy with others.

I remember her for the time we spent together, for the 10 years we have had. When she was not with me, in spirit she was always by my side, a constant inspiration to me to do her proud.

I remember her for the things we have done together - walking her home to Girton, enjoying crocusses and daffodils in spring, watching the sunset over the Grand Canyon, skiing downhill in New Hampshire, entertaining my officers at home.

I shall remember also the things we had not time to do. I shall remember her in our children, Xiuqi and Yipeng. She was my wife, lover, companion and confidante. She loved me, cherished me, honoured me, comforted me, and kept me, in sickness and in health, and forsaking all other, kept herself only unto me.

I tried to do the same for her. Now death has parted us. We shall all learn to live without her."[17]

The Straits Times reported that the then-president of Singapore, Devan Nair and his wife were among those who attended the service.[17]