Daryl Aiden Yow (born 1991) is a Singaporean photographer and content creator who initially gained traction through his whimsical photographs. He is infamously known for his Instagram Photoshop saga back in 2018. As of August 2022, Daryl has a total of 122k followers on Instagram and 708 subscribers on YouTube.[1][2]

Daryl was born on 25 January 1991 and attended Nanyang Polytechnic.[3] Not much is known about his prior education. Before becoming a content creator on Instagram, Daryl was known for posting acoustic covers on YouTube and SoundCloud.[2][4] 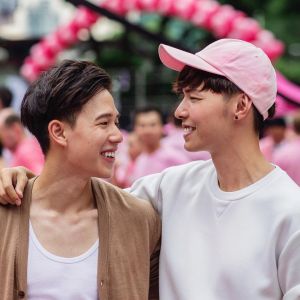 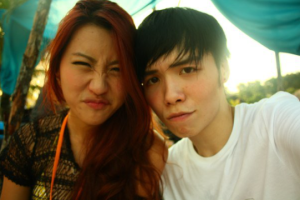 In an article published by AsiaOne, Daryl was sponsored to undergo cosmetic surgery.[6] It was an all-expenses-paid trip organised by a plastic surgery clinic in Seoul, SM Plastic Surgery, in its sixth month of operation.[6] Daryl also commented in that interview that he was unhappy with his appearance, and was hoping that the procedures would make him more attractive.[6]

"We can always look better. Sometimes I find candid photos of myself taken at events, and I feel that I look horrible. With the enhancements, I can look good from all angles in every photo. It will be a permanent change for the better."[6]

Daryl had cosmetic work done on his eyelids, nose and chin. The total cost of these three procedures amounted to $20,000.[6] 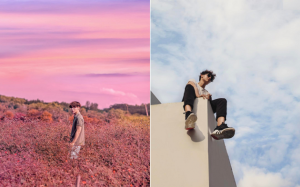 Daryl was an Instagram influencer and content creator. He took a 3-month hiatus from social media after his photoshop saga. Ever since the incident, Daryl Aiden Yow has made changes to his work. He has since rebranded himself as a photoshop specialist.[7] His photographs on his Instagram are clearly digitally modified, and he reveals behind-the-scenes photographs of the editing and shooting process to users.

"Editing has always been part of what I do, but I just didn’t realise it. I just thought photography and editing always came together. I’ve always been inspired by editorial photos and would Google ‘how to shoot an editorial photo like Vogue’ or something."[8]

His new content has a heavy focus on the behind-the-scenes process to taking those shots.[8] His first client collaboration post-saga was for ASUS, where Daryl was asked to hold a photoshop workshop and a photography exhibition in conjunction with the ASUS art exhibition, “Collison: Unleash Your Creative Power at Luxe Art Museum”. This took place on 14 December 2018 to 16 December 2018 alongside other local artists such as Ripple Root and Teeteeheehee (Teresa Lim).[8][9] Daryl also revealed in an interview with 8 Days that even through his social media hiatus and scandal, his existing clients were supportive of him.[8]

"During those months, I got one month of break without doing anything, but the next two months before I resurfaced, I had a lot of behind the scenes photography jobs. My clients were actually very supportive of me. I shot stuff like campaign images, but I’d tell them not to credit me because I was worried there would still be some backlash."[8]

At present, Daryl works with brands such as NutriSoy, belif Singapore, Shopee and more.[10][11][12] 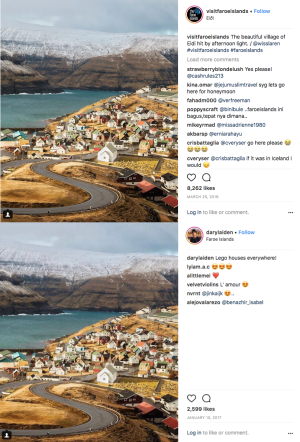 A side-to-side comparison of Daryl's work to a picture taken by another photographer. Photo from Mothership.

A controversy was caused after it was revealed that Daryl Aiden Yow had allegedly edited and used stock images for his collaboration with Sony for the campaign #SonyCreativeAlly. The objective of the campaign was to promote their new camera, the Sony α6500. He was chosen to be one of the three main Singaporean influencers fronting the campaign, alongside Fiona Fussi and Valerie Wang. He initially claimed that his pictures used for the campaign were taken with the Sony α6500. Upon further investigation, the pictures were actually the works of another photographer, and they were not taken with a Sony camera.[16]

Daryl Aiden Yow gave his first statements on the issue to alternative Singapore-based news sites, Mustsharenews. He stated that he did credit and pay for the stock images he used to create his edited photographs.[17] It was also stated that clients were duly notified regarding the usage of stock images for sponsored posts.[18]

On 21 June 2018, Daryl Aiden Yow deleted all of the 1,165 posts on his Instagram profile. He left only one post, which was the public apology to account for his past actions.[19]

In the midst of this incident, the #DarylAidenChallenge emerged.[20] Netizens were encouraged to edit themselves into stock images as part of the challenge. Companies, such as Scoot, F&N Seasons and Klook, were among those which published advertisements and held contests in relation to the incident. Influencers, such as Wendy Cheng (Xiaxue) and Preeti Nair (Preetipls) also participated in this trend.

On 13 September 2018, Daryl Aiden Yow finally resurfaced on social media after a three month long hiatus. He announced his return with a post on Instagram, which depicted his past plagiarized photographs being burnt. The caption that followed was: “Mistakes come with a lesson. And with a lesson, comes change.” His actions accrued support from numerous local influencers and musicians, notably, Christabel Chua (ig: @bellywellyjelly), Naomi Neo (ig: @naomineo), Sandra Riley Tang (ig: @sandrarileytang) and Narelle Kheng (ig: @narellekheng).[21] 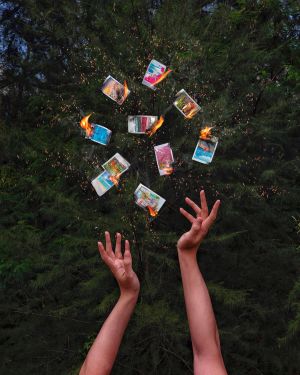 On 17 December 2018, Daryl Aiden Yow superimposed himself into some of the photos Benjamin Kheng (ig: @benjaminkheng) took in Switzerland for a partnership with Viu, “#ViuNoSleepNoFOMO”.[22] This sparked a yet another trend, with influencers, such as Preetipls and Darryl Koshy (DeeKosh) editing photographs of themselves with Benjamin Kheng in exotic places.

Interview with Our Grandfather Story

On 6 January 2022, Daryl appeared in a video interview alongside Nicole Choo and other individuals about their experiences with cyber bullying.[23] Daryl mentioned that during the saga, haters went as far as to circulate his personal information on the internet and splash black paint on his front door. Going out became a scary thought and Daryl said he wore hoodies all the time to conceal his identity as he feared that his haters would go to greater extents to harm him.[23] 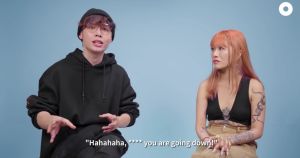 Daryl Aiden Yow and Nicole Choo on Our Grandfather Story. Photo from YouTube.

Daryl acknowledged that he did deserve the hate because he was "greedy for money" and just wanted to close campaigns, but he didn't think he deserved to be harassed and his family intimidated.[23]