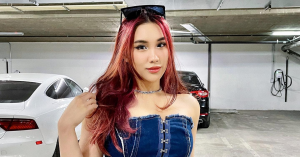 Cheryl Chin (born 18 June 2001) is a content creator, influencer, and singer who is best known for her role, Cheryl in TEAM TITAN’s Titan Academy series. 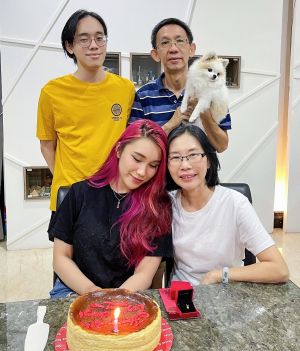 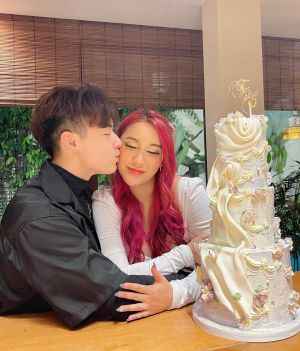 Cheryl Chin and her fiancé, Titus Low. Photo from Instagram.

Cheryl currently lives in Singapore, but she often travels to Los Angeles, USA and Melbourne, Australia. She’s even lived independently in Australia for a period of time.[5] According to her fiancé Titus Low, she had officially moved to Singapore to reside with him, but the couple plans to move to Los Angeles in the near future.[6] On 5 June 2022, she hinted at an engagement with a Twitter post saying that she’s “definitely engaged”. The next day, she appeared on Titus Low’s Instagram post in what appeared to be an engagement party.[7][8]

Finally, the engagement was officially confirmed by Titus in a YouTube video titled, “I Guess Im Engaged?”.[6] 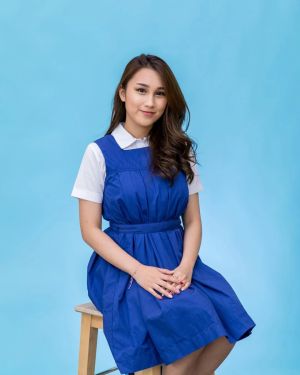 Cheryl Chin represents Titan Digital Media under its Gaming, F&B, Beauty, Lifestyle, and Pets segments.[9] Under the company, she is a Key Opinion Leader who frequently appears on Jianhao Tan’s YouTube channel, particularly its Titan Academy Series.[10] One of the very first episodes that she appeared on was 16 Types of Students on Picture Day, which was uploaded in 2019.[11] She plays the recurring character, Cheryl who is a straightforward and hardworking student.

Cheryl opened her personal YouTube account in December 2013 and has since amassed over 9.2 million views on the platform.[5] She began sharing content such as challenges and personal vlogs at the age of 15 and over the years, she has continued to grow her account.

In 2020, she also began utilising the platform to launch her music career. She posted an audio clip of her first single, YOU on 17 September 2020.[13]

Cheryl Chin launched her music career on 17 September 2020, releasing her first single, YOU on YouTube and Spotify; she released it on Apple Music later in December.[13][14][15] In the same year, she and producer Kaz Benson released a single titled love myself.[16]

Subsequently, she went on to release tracks such as new beginnings, pain i bleed, and the one to cry.[17][18][19] Of which, she released her first music video for the single, pain i bleed on 29 January 2022.[20] She even shared a Nightcore rendition of her debut single, YOU.

During her free time, Cheryl posts covers of popular mainstream tracks such as Heartbreak Anniversary by Giveon and Hold On by Justin Bieber.[21][22] 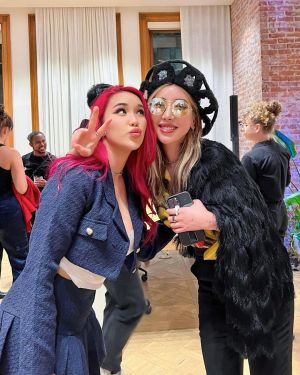 Cheryl represents the asian-centric NFT movement 8SIAN as an Advocate for Asian Empowerment.[23] Under the organisation, she also frequently promotes female roles in Web 3.0, particularly Web 3.0 in fashion.[24] Web 3.0 is the third generation of virtual infrastructure and services that are enabled by blockchain technology.

On May 13, 2022, she was invited as a speaker for the Web3.0 Panel organised by Lions Share.[25] She was joined by other prominent women within the AAPI community, including artist Amber Park and grammy-nominated record producer, TOKiMONSTA.