Ang Qiu Ting (born 27 June 1987), who is more commonly known as Bong Qiu Qiu, is a Singaporean lifestyle blogger and influencer. On YouTube, she is recognised as the host of the 'Budget Barbie' segment on Clicknetwork. She also has her own YouTube channel. On Instagram, Qiu Qiu has over 280,000 followers as of August 2020.

Qiu Qiu started blogging in 2008 when she was 21 years old.[1] In a 2017 interview with Pornsak on YouTube, Qiu Qiu shared that her blog started off as "just a diary".[2] As an influencer, Qiu Qiu has worked with brands like Lenovo, Pizza Hut, Samsung, Kiehl’s and Tung Lok.[3] Since having children, Qiu Qiu began sharing more about her life as a mother.[4]

Qiu Qiu went to Woodsville Secondary School before furthering her studies at Singapore Polytechnic (SP) where she joined the Business Administration course and majored in Retail.[5] At 17 years old, Qiu Qiu forayed into modelling and beauty pageants.[6] During her first year in SP, Qiu Qiu participated in the “Mr and Miss Singapore Poly” pageant. She also worked part-time with the modeling agency DIVA MODELS Singapore and had been selected to model for several hair and fashion shows.[7]

Qiu Qiu married Joshua Tan on 9 December 2012.[8] According to Qiu Qiu, approximately S$25,000 of their wedding had been sponsored by a variety of fashion, beauty, lifestyle and F&B companies.[9] Singaporean blogger Xiaxue was the host for the event.[10] With her husband Josh, Qiu Qiu has two daughters, Meredith and Amelia, aged 4[11] and 2 years old respectively (as of 2019).[12] She gave birth to a baby boy in April 2019.[13]

Qiu Qiu uploaded her first video on her YouTube channel in 2011. As of January 2020, she has close to 45,000 subscribers. Since becoming a mother, her video content had been geared towards motherhood and family life.[14] She is also the brains behind the lifestyle channel Good Feelim on which she makes guest appearances.[15] 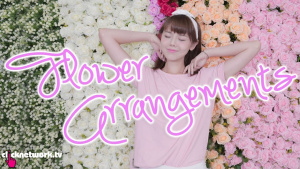 In 2011, Qiu Qiu started hosting the Clicknetwork YouTube series Budget Barbie (YouTube playlist). In each episode, Qiu Qiu is given S$100 to shop and then share a haul with the viewers. The clothes and accessories will then be given to the viewers through a giveaway. Over the years, the series has expanded from fashion to include lifestyle-related content. As of March 2019, there are 117 episodes of Budget Barbie. 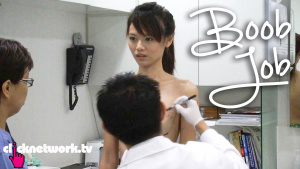 In 2011, Qiu Qiu went for a breast enlargement surgery where she recorded clips of the process. These clips were uploaded as a Budget Barbie episode (YouTube video) on Clicknetwork. As of March 2019, the video has more than 2,186,000 views on YouTube, making it the most popular video of the series.[16]

Between 2013 to 2016, Qiu Qiu underwent ten more cosmetic surgeries to re-define her nose, jawline and facial bones.[17] In 2014, she was sponsored by REGEN Medical Group to travel to South Korea for four cosmetic surgeries.[18] She documented this experience on her personal YouTube channel.

QiuQiu has been featured as a guest across multiple YouTube channels. 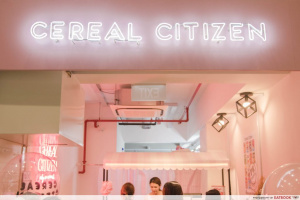 The storefront of Cereal Citizen. Photo from EatBook.sg.

Qiu Qiu opened Cereal Citizen on 10 January 2018. She had co-founded the cafe with her close friend and fellow blogger Rachell Tan.[19] The cafe mainly sold cronuts, milkshakes and cereal served with milk.[20] As of February 2019, the cafe is not in operation.

Qiu Bue is an online beauty product distributor that imports overseas beauty products.The store claims to be the only Singapore liaison for the South Korean beauty brand Pittoresco and the Vani-T bubble mask from Japan.[21] 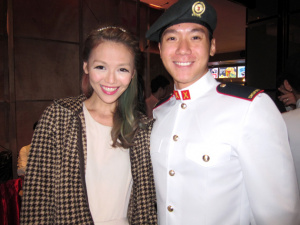 In 2016, Churp Churp, a Singapore-based social media network agency, took legal action against Qiu Qiu. She was accused of violating her employment commitments by promoting advertorials with external brands without the company’s consent.[26] The matter was brought to court and Qiu Qiu turned to crowdfunding on GIVEasia to pay off her legal fees. This move received negative responses from netizens to the extent where some requested her to abort her child to reduce her financial burden. [27]

In a 2017 interview with Pornsak on YouTube, Qiu Qiu shared that the whole ordeal caused her to be depressed and that she had to seek counselling at a mental institution.[28]