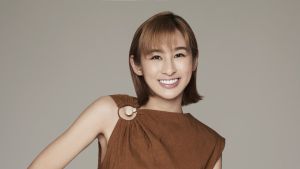 Yang Guang Ke Le, also known as Ke Le (born Lau Jia Yi in 1997), is a Malaysian actress, singer and host based in Singapore.[1] Ke Le is currently signed under The Celebrity Agency, a talent agency managed by Mediacorp.[2] She is best known for starring in the 2022 Jack Neo speculative fiction film Ah Girls Go Army.[3]

Ke Le has been pretty open about her financially difficult childhood. In an interview with Lianhe Zaobao on November 7, 2022, Ke Le revealed that her family used to own and operate several Chinese restaurants when she was younger.[4] The restaurants did not receive good business, and after several unsuccessful rebranding attempts, were shut down.[4]

"I was about 11 or 12 years old then! I'm not too clear on the details of whether we lost money after closing down our restaurants, but I do know that the four restaurants we had gradually became one, and eventually closed completely. Our house and car were sold, and we rented a small home to live in. We didn't have any debts because my mum sold not just the house and car, but also the stall itself. After that, we began life anew."[4] 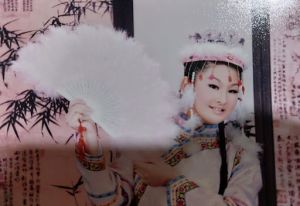 Ke Le during her early days as a getai singer. Photo from Mothership.

As a child, Ke Le would regularly participate in children’s singing contests in Malaysia.[1] She started taking an interest in getai at the age of 13, when an acquaintance fell sick and asked Ke Le to replace her in a performance.[1] Ke Le says she “felt like [she] found [her] calling”.

Ke Le was a contestant on the 2018 edition of Mediacorp’s hit reality-singing competition show GeTai Challenge.[5] She eventually finished in 5th place out of 20 contestants.[6]

Ke Le made her debut as an actress in the 2019 Channel 8 Drama Old is Gold, where she played the role of Su Xiaomi.[7][8] Since then, she has gone on to act in various small roles in Mandarin-language productions, including that of a palace maid in the 2022 webseries Gong Dou Gong Lüe.[7][9] 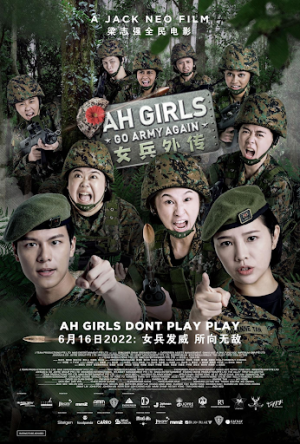 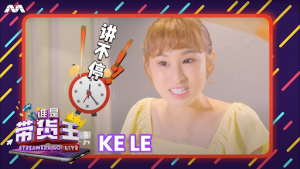 A screenshot of Ke Le in an interview with the contestants of Streamers Go Live. Photo from YouTube.