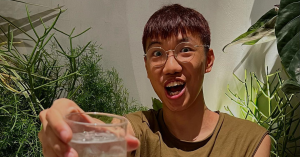 Wangan Bryan (born 2003) is a Singaporean OnlyFans creator who is notorious for posting explicit and aggressive content on his social media accounts.[1] He shot into the public eye for his nudes, which he first began publicly sharing on his Twitter account in June 2022.[2]

As of August 2022, he has gained 525 followers on Instagram and 857 followers on Twitter, while the hashtag #wanganbryan has amassed over 11.5 million views on TikTok.[2][3][4] He also has a YouTube channel where he regularly posts YouTube Shorts; the channel has since gained 760 subscribers.[5] 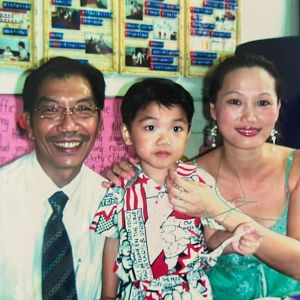 Wangan Bryan with his parents when he was younger. Photo from Instagram.

According to family pictures posted online, Wangan Bryan is part of a family of three, which includes him and his parents.[6]

He is also known to have been diagnosed with mental illnesses such as Adjustment Disorder and Behavioural Disturbances.[7] This landed him in Physical Employment Standards (PES) F for National Service, which meant that “he [was] medically unfit for any form of service”.[7][8] 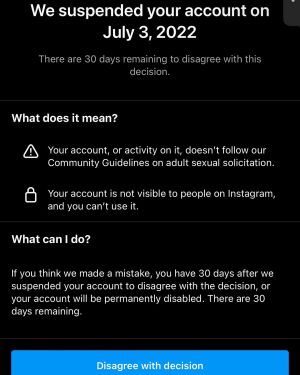 As Wangan Bryan’s Instagram and Twitter accounts have been temporarily and permanently suspended a few times, it is unclear when he first began posting his nudes on these platforms.[2][3] However, he apparently began posting them on Twitter on 30 June 2022.[2] Most netizens who have knowingly or unknowingly stumbled upon the explicit photographs have expressed their shock and dismay, many saying they were “scarred”.[9][10] Others have also been seen to support his online presence by filming TikTok videos with him.[11]

Wangan Bryan often posts videos of aggressive rants on Instagram and TikTok, where he repeatedly explains why he is unable to enlist in Singapore to online trolls.[7] He also posts travel vlogs and content from his daily life.[3]

On 29 July 2022, he posted a TikTok, where he harshly screamed at the camera while calling out a company he applied to work at.[12] According to Bryan, this is not the first time he has been turned down after countless tries to apply to a company.[12] He insists that he has a “can-do attitude”, but is turned down for his “poor education” and young age. He was 19 years old at the time of filming the TikTok video.[12] In the 45-second TikTok, he proceeded to lament the result and blame the company’s management for being “over demanding”.