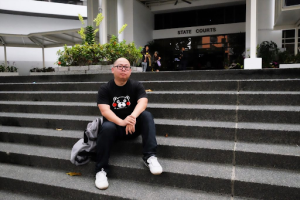 Terry Xu Yuanchen (born 1983) is the Chief Editor of The Online Citizen, a socio-political website known for being “anti-establishment”.[1][2] In 2020, he made headlines for being charged with criminal defamation and subsequently served a 3-week jail sentence in 2022.[3][4] In September 2022, he declared that he would be relocating himself and The Online Citizen to Taiwan.[5]

While Terry Xu claims that he had been a “hardcore PAP supporter” when he was younger, his experiences during National Service changed his perspective and was what sparked his anti-establishment sentiments.[1]

After leaving the Singapore Armed Forces, he invested in marketing company Sunshine Empire, and initially owed them S$30,000.[1] However, this amount only continued to grow, until Terry had no choice but to declare bankruptcy. What followed was a period of depression and self-doubt that had Terry isolating and cutting ties with his friends.[1]

“That was basically me at the lowest point of my life.”[1]

Terry had also previously mentioned that he came from a Chinese-speaking background.

“My family communicates in Chinese so my thought process has always been in the form of Chinese. So when it comes to grammar, hard to correct certain practices”.[1]

On a personal note, he has expressed that he has no intentions to start a family of his own. In 2017, he had once applied for a HDB home as a single applicant.[1]

In 2011, Terry volunteered to cover a women’s rights advocacy group, AWARE Singapore’s 25th Birthday Party for The Online Citizen.[1] Subsequently, he also made time to cover the 2011 General Elections. It was during this time that Terry gradually became more involved with the publication.[1]

Terry took up the position of Executive Editor in 2013, where he began covering more anti-establishment topics.[2] The Online Citizen did not start out as an anti-establishment publication, but Terry decided to produce content that shed more light on Opposition views.[1]

As The Online Citizen began to transition into a more polarised, alternative-news site, the founders and many existing writers gradually moved on from it.[1] In 2015, Terry, was offered the role of Chief Editor. But by 2016, Terry Xu was the only permanent writer left.[1]

He had also previously expressed the initial apprehension he felt when he became the Chief Editor of The Online Citizen. While The Online Citizen was an English platform, his dominant language was Mandarin, which caused him to doubt his ability to execute his role well.[1]

As Chief Editor of The Online Citizen, he has also been known for his run-ins with the local authorities.[1]

After leaving the Singapore Armed Forces, Terry Xu took up a brief stint as a Service Technician at Sterling Comms, between 2007 to early 2008.[2] In 2008, he moved on to AIA Singapore as a Financial Services Consultant.[2] Subsequently, he took up the position of Fire Safety Engineer at Systron Engineering between 2010 to 2013.[2] 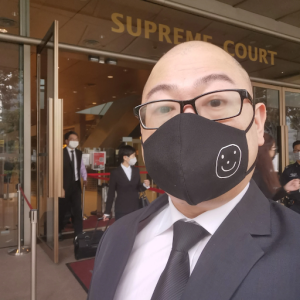 Terry Xu at the Supreme Court. Photo from Facebook.

On 15 August 2019, The Online Citizen published an article titled, “PM Lee’s wife, Ho Ching weirdly shares article on cutting ties with family members”. In the article, a series of allegations were made, including his wife Ho Ching’s “sour relationship with [his] family members - particularly her brother-in-law Lee Hsien Yang (LHY) and sister-in-law Dr Lee Wei Ling (LWL)”.[6] Just a year or so prior, the Prime Minister had been embroiled in a family dispute over their late father, Lee Kuan Yew’s home on 38 Oxley Road.

From 2019 to 2021, Terry Xu gained significant public attention for a controversial article published on The Online Citizen, titled. “PM Lee’s wife, Ho Ching weirdly shares article on cutting ties with family members”.[7] With regards to the article, it was alleged and later ruled in court that it made defamatory claims against Prime Minister Lee and his wife Ho Ching.[7]

Managed to crowdfund nearly $300,000 within 13 days to pay off legal costs

Conclusion of the trial on 1 September 2021

On 1 September 2021, the High Court of Singapore ruled in favour of the plaintiff, Prime Minister Lee Hsien Loong and found The Online Citizen’s article defamatory.[8] Titled “PM Lee’s wife, Ho Ching weirdly shares article on cutting ties with family members”, the article was written by writer Rabaashini Shunmuganathan and still remains accessible on The Online Citizen’s website today.[7] Prime Minister Lee was also awarded $210,000 in damages, including S$160,000 for the article and S$50,000 in aggravated damages.[8] Both Terry Xu and his writer, Shunmuganathan, were to be responsible for their “joint enterprise”, as well as the aforementioned S$160,000.[8]

In his defence, the alleged defamatory statements suggested that it was ironic for Mdm Ho Ching to share the post, “Here’s Why Sometimes It Is Okay to Cut Ties with Toxic Family Members” given the very-public dispute between Prime Minister Lee Hsien Loong and his siblings. The article also referred only to Mdm Ho and not Prime Minister Lee.

With regards to his response to the Prime Minister’s letter of demand, he posited that the letter was not sent in a “conventional” manner and was instead publicised and shared with other media outlets.[10] If the Prime Minister’s office did not “escalate the matter”, he would have taken the article down and apologised as requested.[11] 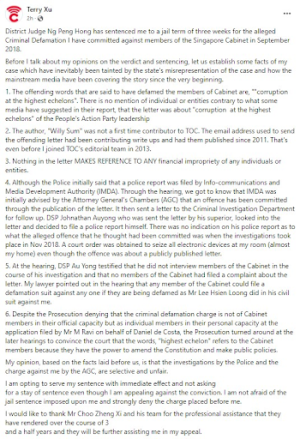 Terry Xu clarified his perspective and sought to appeal the conviction. Photo from Facebook.

On 12 November 2021, Terry Xu and writer Daniel De Costa were charged with defaming members of the Cabinet of Singapore.[11] The online news site had previously published an email in September 2021, in an article titled “The Take Away From Seah Kian Ping’s Facebook Post”.[6] The article alleged a “tampering of the Constitution”, as well as “corruption at the highest echelons”; the latter part was interpreted as a direct accusation aimed at the Cabinet.[6]

The Online Citizen’s website and social media accounts had subsequently been shut down by the Infocomm Media Development Authority in the same month.[5]

On 21 April 2022, Terry Xu was found guilty for criminal defamation and jailed for 3 weeks, while writer Daniel De Costa was sentenced to three months and three weeks’ jail for a similar charge.[4]

Making a comeback and moving to Taiwan

On 16 September 2022, The Online Citizen’s website and social media accounts were reactivated, with an update from its Chief Editor, Terry Xu.[5] In a Facebook post, Terry shared that he would not only be relocating the site’s operations to Taiwan, but also establishing a new company there.[5]

“There will not be any daily news reportage from TOC as the site will now focus on providing commentaries and analysis on current affairs in the Asian region…[I] will be relocating to Taiwan to start up a news media outlet which will provide daily news coverage in Asia."[5]