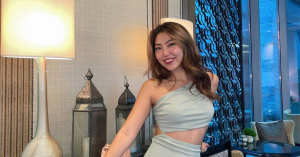 Sherrine Fu (born 1996) is a Singaporean beauty and fitness influencer active on Instagram and TikTok. As of January 2023, she has amassed a following of 43.1K on Instagram and 51.3K on TikTok.[1][2]

Following her graduation from junior college, she enrolled in the National University of Singapore in 2015, where she majored in Business Administration, specialising in Marketing.[3] In 2017, Sherrine had the opportunity to attend the Norwegian School of Economics as part of a student exchange programme, during which she was awarded a NASA scholarship.[3]

Sherrine graduated from NUS with honours in 2019.[3]

According to Sherrine’s LinkedIn profile, she has worked at a variety of companies, particularly in their marketing and/or sales departments: 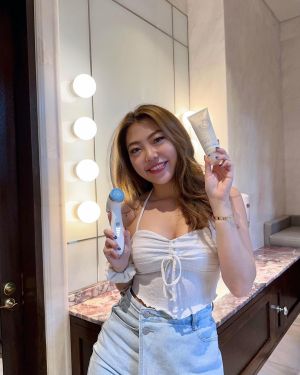 As an influencer, Sherrine has worked with various brands and services like Nu Skin and Studio M Hotel.[5][6] She also regularly posts workout videos, which include personal tips and sponsored products.[7] 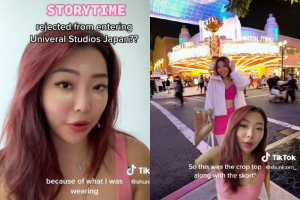 On 29 December 2022, Sherrine took to TikTok to share how she had almost been barred from entering the Universal Studios Japan theme park in Osaka due to her outfit.[8] According to news reports, Sherrine had been dressed in a hot pink crop top, skirt, skin-coloured leggings and knee-high boots. Sherrine said that this was a typical outfit she would wear in Singapore, with the addition of a scarf and coat for Osaka’s winter weather.[8]

When Sherrine was about to enter the park, she was stopped by two female park staff who had “pointed at [her] skirt”.[8] Since Sherrine could not understand Japanese, the female staff enlisted the help of another English-speaking staff member, who told her to "pull down [her] skirt and zip up [her] winter coat".[8] Sherrine then tried explaining to them that she had leggings on, after which the issue was amicably resolved and she was allowed entry into the park.[8]

Sherrine explained in the now-deleted video that she was sharing the story in the hopes that it can “serve as a PSA for anyone going [to] Japan to follow their dress code and not make the same mistake [she] did”.[8] 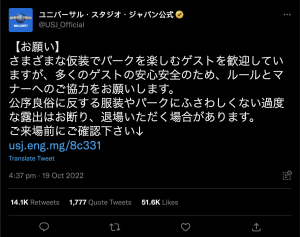 In October of 2022, Universal Studios Japan tweeted that guests dressed in “overly revealing outfits” may be asked to leave the park premises.[8][9] Said tweet came after an incident in which a group of five women dressed in lingerie-like outfits entered Universal Studios and shared photos they took online, sparking backlash against both them and the park.[8][10]