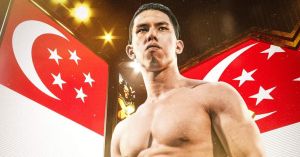 In 2019, Tan graduated from Republic Polytechnic with a diploma in Health Management and Promotion.[2]

Tan is also known to have completed a business studies course at the Institute of Technical Education (ITE) College West.[3] 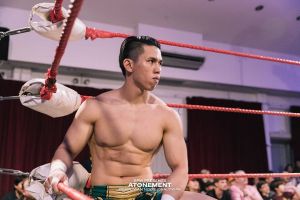 Tan competing in a SPW-hosted competition. Photo from Facebook.

Tan joined Singapore Pro Wrestling (SPW) at the age of 16 in 2012.[4] Later in January 2013, he started his training as a professional wrestler under the ring name “Trexxus”.[2] He is considered one of SPW’s founding members.

SPW co-founder Andruew Tang expressed that he has always been confident about Tan in the wrestling ring:

“There was something special about Sean when we had our first training session together. He was always a natural in the ring, always eager to learn and honing his craft to get better.”[2]

Over the next few years, Tan represented SPW in a variety of wrestling competitions under the “Trexxus'' moniker. Some of these competitions include the SPW VS World Triple Thrill Series,[5] SPW Atonement,[6]  SPW x OWE (Oriental Wrestling Entertainment) Klash of Kings,[7] and SPW - Into the Mist.[8] 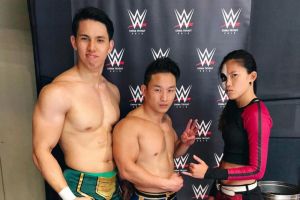 (From left) Tan photographed with Andruew Tang and Alexis Lee for the 2019 WWE tryouts in Shanghai. Photo from WWE.

In 2019, Tan, along with Andruew Tang and Alexis Lee, was invited to attend WWE tryouts in Shanghai.[9] The trio were among 40 athletes from a variety of Asian countries, including China, Thailand, the Philippines, and Japan.

Tan said that he enjoyed the process of the tryouts as he has always enjoyed entering the wrestling ring:

“It was really fun. It really gave us the chance to understand what it's like to be a WWE superstar. For me, I enjoyed it very much because being in the ring is my passion.”[9]

Tan impressed the WWE officials during the tryouts and was offered a contract.[2] However, as he was still studying at Republic Polytechnic at the time, he wanted to complete his studies first.

“WWE wanted me to relocate to Orlando at a time before I could complete my diploma. I wanted to finish school and WWE allowed me to do so.”[2]

The COVID-19 pandemic began just as Tan completed his studies. Despite WWE’s best efforts to relocate Tan to Orlando in the United States of America (USA), the plan was repeatedly delayed.[2] 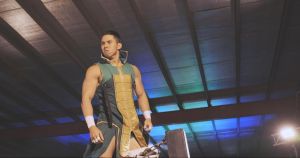 In April 2021, the pandemic eased enough to allow Tan to relocate to Orlando.[2] Tan currently trains at the WWE Performance Center in Orlando on a daily basis.

“The programmes are conducted in a way that would work to our benefit when we compete in the ring, as well as take care of our bodies when we are resting and recovering. We are constantly learning and taking care of our bodies at the same time, because there isn't any off-season at WWE.”[2] 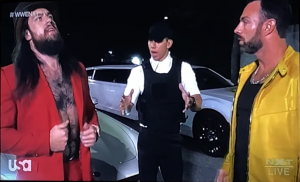 In June 2021, Tan was briefly featured in a WWE NXT segment with Cameron Grimes and LA Knight (Eli Drake), where he acted as the “Million Dollar Man” Ted Dibiase’s security officer.[10] 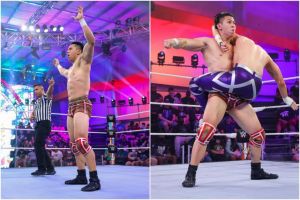 On 21 September 2021, Tan made his official WWE debut in a match with Trey Baxter on WWE NXT.[4] In the match, Tan defeated Baxter with an inside cradle move in less than a minute.[11] This match marks the first time that a Singaporean is prominently featured on WWE.