Samantha Tan Yifen (born 18 July 1994)[1] is both a Singaporean preschool teacher and talent for Night Owl Cinematics, a production company based in Singapore.[2]

On 7 October 2021, alleged verbal abuse against Tan by her employer Sylvia Chan of Night Owl Cinematics surfaced on the Instagram page sgcickenrice.[3] In the post, Sylvia allegedly used various insults on Tan including a request for an “exit strategy” for Tan. 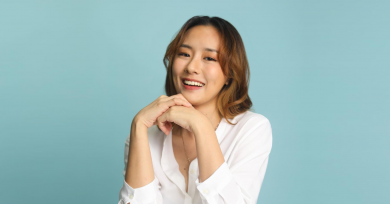 Tan attended St. Hilda’s Secondary School from January 2007 to December 2011.[2] She later graduated from Temasek Polytechnic with a diploma in Early Childhood Studies before earning her Bachelors in Early Childhood Education with Psychology from Singapore University of Social Sciences.

Tan was part of the National squad for the Volleyball Association of Singapore in 2016.[4]

Tan’s first modelling gig was with clothing brand Lilypirates.[5] She also took part in TNP New Paper New Face in 2013 when she was 19, eventually making it to the top 20 but fell short of any prize.

After earning her diploma, Tan worked as a preschool teacher at Sparkletots Preschool from December 2015 to May 2017.[2] She shared candidly that childhood education has always been a passion of hers:

“Long story short, I think it’s just destiny. It’s my destiny to be a preschool teacher.”[1]

She also worked as a student teacher at Little Skoolhouse By-the-Vista from 2017 to 2018.[2] From April 2021 till present, she is teaching at a daycare center called GU+MMI Smart Kids.

On 7 October 2021, an anonymous Instagram account sgcickenrice uploaded several posts of Night Owl Cinematics co-founder, Sylvia Chan, allegedly insulting Tan. The posts were apparently made in February 2020, a few days before the last episode of kNOCk Out aired.[3] 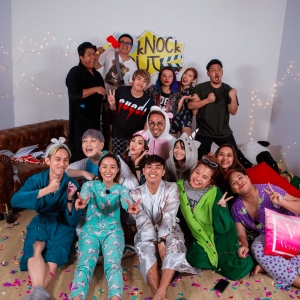 Samantha Tan (First row, second from left) at the grand finale of kNOCk Out. Photo from Instagram.

Tan joined the production company Night Owl Cinematics in 2020, after they held a reality show called kNOCk Out, where 10 contestants compete to become the best content creator.[6] Tan was able to stand out with her performances and eventually emerged as the winner of the show.[7] She was subsequently signed with Night Owl Cinematics as one of their talents.

Tan has since appeared in various comedy-sketches and hosting videos with Night Owl Cinematics.[1]

The posts on Instagram account sgcickenrice included a leaked audio clip of Sylvia calling Tan out with various vulgarities and wanting an “exit strategy” for her.

“But if she can say that she would like to focus on behind the scenes that would be great, but she doesn't really have to say that (be)cause b*tch is f**king dumb. Basically the whole idea is I want Samantha to exit. Give me an exit strategy.”[3]

There were also screenshots of alleged conversations from Sylvia calling Tan a “f**k face” and stating how she finds Tan annoying to work with.

Response to the controversy (2021)

“The people who jumped on board this bouncy castle before are sharing with people that there are rocks in there, it’s really time to acknowledge these rocks and then if possible remove them so people don't get injured by the same thing. That’s my take on the situation that transpired.”

On 11 October 2021, Night Owl Cinematics put out an official statement on their Instagram account stating that the allegations were a “malicious attack” on its employees and a massive smear campaign.[10]

In the letter, there was no direct communication or outright denial of the statements made against Tan by Sylvia. Night Owl Cinematics also sent a lawyer’s letter to Instagram account sgcickenrice, demanding a “cease and desist” from the anonymous account.[11]

On 13 October 2021, Sylvia issued an official apology on her Instagram account.[12] In her apology, she clarified she only found out about Tan’s 3 years government bond late into the production of kNOCk Out. This prevented her from giving Tan a full-time contract with Night Owl Cinematics.

“As the executive producer, that really upset me as I felt that everything we did in the show was for nothing, since she (Tan) would not be able to win the grand prize anyway.”[12]

Tan pointed out an inaccuracy in Sylvia’s apology in a series of Instagram stories on 14 October 2021.[13] Tan said that she had already informed Night Owl Cinematics prior to the filming of kNOCk Out that she was in a 3 year government bond.

“Before I signed it, I made it clear that I had a gov bond for three years, and the lawyer from NOC also reviewed my contract to make sure that it was okay that I have two contracts running at the same time.”[13] She also disputed that the grand prize of signing a contract is exclusive to the winner only, as all participants had already signed the contract prior to filming.