Renée Ting (born 1992) is a Singaporean woman who was a former employee at BooksActually, an independent bookstore and publisher based in Singapore.[1]

On 25 September 2021, Ting was cast into the spotlight when local news and media website Rice Media published an exposé on BooksActually founder Kenny Leck.[1] In the exposé, Ting allegedly accused Leck of committing labour exploitation, workplace abuse, and sexual harassment against her and a number of female former employees. 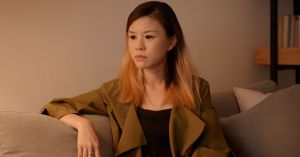 From 2010 to 2017, Ting worked as the manager and creative director of BooksActually, where she spearheaded its publishing arm.[2]

On 25 September 2021, Rice Media published an article titled “Built on uneasy compromises: The young women behind BooksActually speak up.”[1] Ting was the main subject of this piece, where she was interviewed on her experience working with Leck and BooksActually.

At the age of 19 in 2011, Ting was hired by BooksActually.[1] Her first impression of BooksActually was positive:

“I was really completely mesmerised by this beautiful place. It was a three-storey cement floor, wood shelves, books floor-to-ceiling, cats… the place was cosy, the music was good, the books were good: it was my dream.”[1]

A few months after joining BooksActually, Ting claimed that Leck began expressing romantic interest in her.[1] This was despite him having an existing relationship with another employee at the time.

“At that time, I didn’t think there was anything wrong. I wouldn’t go so far as to say that I had strong feelings. It felt a bit like a mentorship, but then somewhere along the way, I became okay with romantic advances.”[1]

Shortly after, Leck got together with Ting.[1] Around the same time, Ting shared that she and her two older sisters were driven out of their home.[1] This prompted her to focus her time and energy on BooksActually.

Ting claimed that within six months into her relationship with Leck, Leck began talking about getting married and a house.[1] Ting said that these discussions gave her the sense of safety and security she sought throughout her life.

“I was sold to the idea because this person who owns and runs an establishment like that, who is so powerful, wants to have some kind of future with me, sees worth in me enough to want to settle down.”[1]

Ting went on to claim that she worked tirelessly for the next six years with little time off.[1] She also alleged that Leck viewed her sisters with disdain, calling them “fraud” who would not be there to help her when she faced trouble. This prompted her to distance herself from her sisters.

Ting revealed that she was eventually expected to stop drawing a salary from her work with BooksActually.[1] According to her, this was an unspoken compromise between her and Leck - as he allegedly did not draw a salary, she was also expected to follow suit.

Ting said she was unbothered by the lack of a salary at first because she did not have to pay for rent or transport.[1] An ex-employee later revealed that Leck felt that Ting did not need a salary as he was already housing her.

Furthermore, Ting thought that her work at BooksActually served the noble purpose of benefiting the literary community in Singapore.[1]

In October 2016, Ting married Leck in a small ceremony at BooksActually.[1] Three months after the wedding, Ting claimed that she began to notice that Leck had begun a romantic affair with an employee who went by the alias Mel.

According to Mel, Leck allegedly confessed his love to her, divulging his plan to “phase Ting out” over the next two years.[1] Mel admitted to letting Leck make sexual advances on her, although she eventually left him and BooksActually.

Ting eventually divorced Leck in 2017, following which she found employment as the director of the annual Singapore Art Book Fair.[3]

When contacted by Rice Media on the veracity of Ting’s accusations, Leck is quoted to affirm that “each and every allegation [is] untrue.”[1]

On 26 September 2021, Leck issued a public apology on Facebook, where he did not directly acknowledge or disavow any specific allegations that were reported by Rice Media.[4]

“These failings have caused immense pain to specific ex-employees. It was also a time of personal trauma when I had made mistakes in relation to my marriage to Renee.”[4]

Leck went on to emphasise that there were “allegations and inferences that remain totally untrue.” He maintained a cryptic stance on what these were, stating that “now is not the time” for him to make any clarifications. 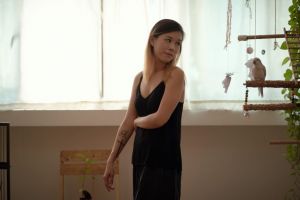 In the statement, Ting said she felt that while the public discussed the issue amongst themselves, no one sought to speak to her or the other women who were involved in the controversy.[6] She also expressed disappointment over people prioritising Leck’s needs over the women’s.

“It feels like we finally worked up the courage to tell a friend about something traumatic that happened to us so many years ago, and the friend's first reaction is, 'Oh, s***. How does this affect me? Where do I stand in all of this? This person and place are so important and have helped me and so many other people. This person is my friend too. How can we help him?”[6]

Ting also revealed that other women reached out to her to share that they have undergone “similar experiences in their own workplaces and lives.”[6] According to her, these women were afraid to talk about their experiences as “the world is so loud and our voices feel so small.”

AWARE’s statement on the controversy (1 October 2021)

On 1 October 2021, AWARE, Singapore’s leading women’s rights and gender equality group, published a statement on Facebook to comment on the controversy.[7] The group stated that its immediate concern was the wellbeing of the women who were involved in the case.

“When the news broke, our immediate concern was for the young women—both those who spoke up in the article and anyone else who might have been hurt by Kenny Leck. Though we rely upon their testimonies to instigate change, we must never forget how difficult it is for survivors to come forward with stories of abuse.”[7]

AWARE went on to offer support for both the women and the team who will take over the management of BooksActually.[7] It ended its statement by stating that “unchecked power is always dangerous, even at a beloved bookshop that on paper stands for progressive values.”