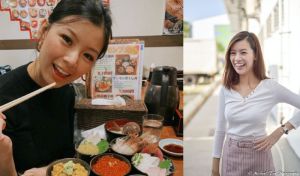 Raybe Oh Siew Huey is a Malaysian-born Chinese, and a former air stewardess and getai singer residing in Singapore. She is perhaps best known for her involvement in a fatal car crash in Tanjong Pagar in February 2021, from which she sustained severe burns to most of her body. 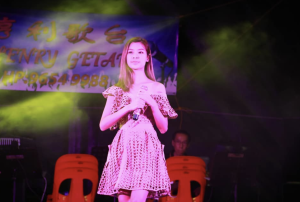 Raybe performing at a getai show in 2018. Photo from CL Lim Ah Leong.

According to reports, Raybe used to work as a flight attendant for Singapore Airlines, however she had not been working in that capacity since the COVID-19 pandemic.[1]

Raybe has been performing in getai since she was 16.[2] She started performing in Singapore in 2013 when she was 19 years old, and did so to earn some extra income to pay for her polytechnic fees.[2] When she first started out, she earned about $100 per show, during which she would sing three songs.[2] 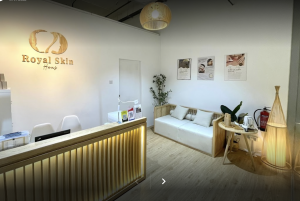 As of June 2022, Raybe started a beauty business venture in Bugis called ‘Royal Skin Haus’ with a close friend.[3] The business offers aesthetic beauty services such as hair removal, skin treatments and fat freezing.[4] She shared that it had always been her dream to be a business owner, and that after the incident, she has decided to step out of her comfort zone to show that someone with a “strong personality” can achieve anything.[5]

Raybe is perhaps most recognised for her injuries in a fatal car accident that took place during the 2021 Chinese New Year period. The fatal Tanjong Pagar crash involved a BMW M4 coupe driven by her fiancé, Jonathan Long, along with four other passengers.[6]

Prior to the accident, Raybe was with Jonathan and a group of friends, who were dining and drinking alcohol at a Korean restaurant along Tanjong Pagar.[7]

After the car had crashed into the shophouse and had caught fire, Raybe rushed into the blaze in an attempt to rescue her fiancé and friends, albeit being unsuccessful.[8] She suffered severe burns to over 80 percent of her body, and was subsequently warded at the Intensive Care Unit at Singapore General Hospital.[8] She was eventually moved out of intensive care after 10 days, and discharged in June.[9][10]

In December 2021, Raybe shared in a series of Instagram Stories that she did not regret attempting to save her fiancé from the fire, though she would have stopped him from driving the fast car if she could turn back time.[11] She also revealed that they were together for almost 3 years.[11]

In June 2022, Raybe appeared in an interview with Channel NewsAsia, her first on-screen appearance since the accident.

She shared that since the accident, her life has been “very boring”.[5] She described how she used to be “very active”, but has since lost a lot of muscle mass and also has to avoid the sunlight in order to protect her skin.[5] She also had to give up her getai singing career, though she hopes to eventually recover and perform again. Her recovery journey involved undergoing over 40 reconstructive surgeries, monthly laser procedures and weekly checkups.[5]

Speaking on her decision to step back into the public eye, she said:

"I hope my story can inspire them to be strong, because when one door closes, another opens."

"There's more I can do without my looks. I want to show people that a strong personality can achieve anything I want as long as I'm determined and focused and disciplined."[5]