Philip Ng Chee Tat (born 16 September 1958) is the Chief Executive Officer of the private real estate firm, Far East Organisation. He is the son of the late real estate mogul, Ng Teng Fong, who started Far East Organisation in 1960. In 2019, Philip Ng appeared on Tatler Singapore’s ‘300 List’, a compilation of the country’s most powerful and influential people; alongside other billionaires like Shu Ping and Kishin RK.[1] Most recently in 2020, Philip Ng and his brother, Robert Ng ranked fifth on Forbes’ list of ‘Singapore’s 50 Richest’ having been worth an estimated $13.2 billion combined.[2] 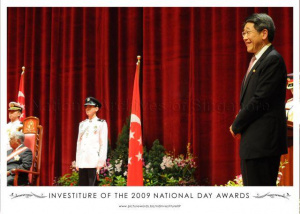 Philip Ng was conferred the Meritorious Service Medal and the Distinguished Service Order in 2009 and 2018 respectively for being Singapore’s ambassador to the Argentine Republic and Republic of Chile as well as his contributions to the country’s economy.[3][4]

Philip Ng Chee Tat was born on 16 September 1958 to Far East Organisation's founder, Ng Teng Fong and Tan Kim Choo. He has six siblings, including Robert Ng who is the Chairman of the Hong Kong-based property development firm, Sino Group.[1][5]

Philip Ng studied civil engineering at the University of London where he graduated with a first class honours Bachelor of Science degree in 1983. He pursued his post-graduate studies at the Massachusetts Institute of Technology (MIT) where he obtained a two Masters degrees in Technology and Policy and City Planning in 1985.[6]

Philip Ng is married to Lim Vy-vyen with whom he has four sons and two daughters.[6] He is a devout Christian, having written for and been featured on religious websites such as the Diocese of Singapore and Salt&Light.[7][8] Speaking in a 2018 interview with his mentee, Matthew Yao, Philip is quoted to have the following about his faith:

"I was always in search of a better life, a better purpose, a better me, a better everything. But I was just looking at all the wrong things. When I realised there is no better me or better things without Jesus, then it all snapped in place."[9] 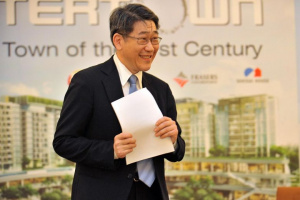 Philip Ng at the Singapore Business Federation's Appreciation Awards in 2017. Photo from The Straits Times.

An established businessman, Philip Ng started his career in 1986 at the Hong-Kong based property development firm, Sino Group. According to a statement released by the Ministry of Home Affairs (MHA) in 2004, he was also the company’s Director.[6]

As of October 2020, Philip Ng is the Chief Executive Officer of Far East Organisation (FEO), a real estate company with subsidiaries such as Far East Orchard Limited and the beverage company, Yeo Hiap Seng Limited (Yeo’s) which Ng Teng Fong acquired in 1994.[10] From 2002 to 2010, Philip Ng was reportedly the Chief Executive Officer of Yeo Hiap Seng.[11][12] According to Far East Organisation's official website, the company is described as a “Christian enterprise”.[13] Speaking about his journey as a "servant CEO", Philip Ng had said the following:

"I am in business and business is about money. But money and possessions can possess us. How then do I serve God as a business person? The way to do this is to realise that I am a steward; money has been entrusted by the Lord to me to be managed responsibly."[7]

Under Philip Ng's leadership, FEO-owned properties in Singapore such as Scotts Tower and Oasia Hotel Downtown have achieved the FIABCI World Prix d’Excellence; an international benchmark of success for real estate properties.[14][15]

Apart from his achievements in the corporate sector, Philip Ng has also been recognised for his public contributions in the fields of diplomacy, education and philanthropy. In 2007, it was reported that he was conferred the 2006 Outstanding Contribution to Tourism Award for his role in developing Sentosa Island.[16] He was also the Chairman of the Sentosa Development Corporation from 2001 to 2007.[17][18]

From November 2003 to March 2010, Philip Ng was appointed as Singapore’s ambassador to the Republic of Chile.[19][20] As an ambassador, he was required to act on behalf of the government to represent Singapore’s interests abroad and maintain diplomatic relations with the Republic of Chile. From September 2004 to September 2015, he was also appointed as an ambassador to the Argentine Republic.[6] Philip Ng held both ambassador roles concurrently during his tenure in the Ministry of Foreign Affairs.[21] 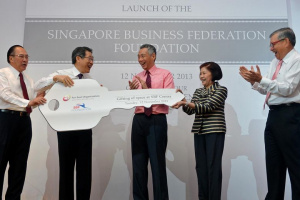 Under Philip Ng’s stewardship, Far East Organisation has also made donations to several charitable causes over the years. The Ng family is also known for their generous donations to the arts.

In May 2019, Far East Organisation partnered with the Central Singapore Community Development Council (CDC) to launch the Bless Our City grant programme.[22] The programme grant enables organisations to provide support to less privileged communities such as ex-offenders, persons with mental health issues and vulnerable families.

In November 2013, Far East Organisation donated 22,000 square feet of its owned space to the Singapore Business Federation (SBF) Foundation for its headquarters.[24] The SBF Foundation is an initiative that encourages businesses to become more engaged in community development.

From 2007 to August 2016, Philip Ng served as the founding chairman of the Singapore University of Technology and Design (SUTD).[25][26][27] As SUTD’s chairman, Philip Ng steered the development of the university and cultivated the school's multi-disciplinary curriculum. In January 2010, SUTD signed a collaborative agreement with Massachusetts Institute of Technology (MIT) in which the latter now mentors SUTD faculties.[28] When Philip Ng stepped down from his role as SUTD’s chairman in August 2016, then-Acting Minister for Education Ong Ye Kung conveyed his appreciation for his service, saying:

“Mr Philip Ng is the first Chairman of SUTD, and played a crucial role in establishing SUTD as Singapore’s fourth university. His immense dedication and contributions to SUTD since 2007 have created a solid foundation for the university to nurture Science, Technology and Engineering talent for generations to come.”[26]

In August 2018, Philip Ng was conferred the Distinguished Service Order for his invaluable contributions to Singapore’s tertiary education landscape.[25]