Parti Liyani (born 1974) is a former domestic helper from Indonesia who was accused of theft by her Singaporean employer, Liew Mun Leong. In 2019, she was sentenced to 26 months in jail when the District Court found her guilty of four counts of theft. Following a successful appeal, the High Court acquitted Parti Liyani of all charges in September 2020. She was represented by her pro bono lawyer, Anil Balchandani at both trials.

Parti Liyani has worked in Singapore as a foreign domestic worker since 1996.[1] 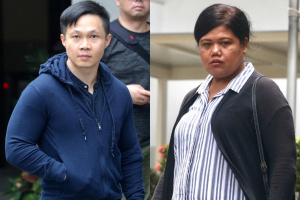 From March 2007 to October 2016, Parti Liyani was employed as a domestic helper for the prominent businessman, Liew Mun Leong.[2] According to Parti Liyani, she worked from Monday to Saturday from 5 AM to 11 PM and was paid around S$600 a month in 2016.[3] In the nine years of her service, she reportedly had a “cordial relationship” with her employers[4] despite occasional clashes with the son of the Liew family, Karl.[5]

By law, foreign domestic workers are only meant to work at their formal employer's residence.[6] In Parti Liyani's case, her formal employer was Liew Mun Leong.[2] However, in 2012 and 2013, she had been asked to clean Karl Liew’s office. Between September and October 2016, she was also deployed to clean his home.[7] On these occasions, she was not fairly compensated. When Parti Liyani was fired without notice on 28 October 2016, she said the following to Karl Liew:

“I know why. You angry (sic) because I refused to clean up your toilet.”[2]

On the day of her termination, she also said that she would report her illegal deployment to the Ministry of Manpower.[5]

On 28 October 2016, Parti Liyani was given about two hours to pack her belongings and vacate the Liew household. After which, she immediately flew home to Surabaya, Indonesia, leaving three boxes of her belongings to be shipped over.[8] The day after her departure, members of the Liew family found “stolen” items in these boxes.[9] On 30 October 2016, Parti Liyani’s ex-employer, Liew Mun Leong and his son, Karl Liew filed a police report against her.[10] Parti Liyani returned to Singapore on 2 December 2016 to seek employment but was arrested at Changi Airport upon her arrival.[5] 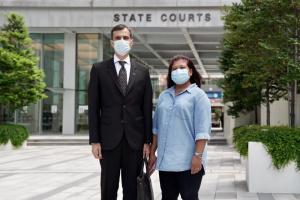 Parti Liyani and her defence counsel, Anil Balchandani, in 2020. Photo from HOME.

From 2016 to 2020, Parti Liyani was not permitted to work due to the ongoing investigations. She sought shelter at the Humanitarian Organisation for Migrant Economics (HOME) during this time. Parti was quoted to have said the following about her court case:

“While this case was ongoing, I have been hiding all these (sic) news from my family… I especially did not want my mother to know, because my mother is already so old and I did not want her to fall sick… I wasn't best able to support my family and my hometown, but prior to the trial I had told my family that I would be unable to get money, and I asked for their apology.”[11] 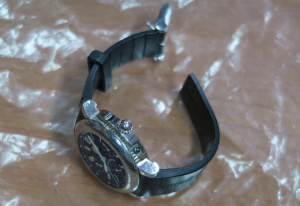 The Gerald Genta watch (valued at S$10,000) from the second charge. Photo from HOME.

Parti Liyani was charged with three counts of theft in dwelling and one count of theft as a servant in August 2017 for allegedly stealing from four people in the Liew household.[14] Her charges were as such: 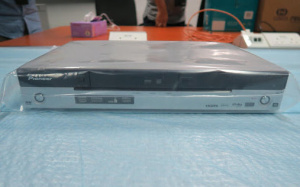 The Pioneer DVD player from the first charge. Photo from HOME.

She was later charged with an additional offence for being in possession of items that were obtained fraudulently.[15] Parti Liyani’s 19-day District Court trial started in April 2018.[16][17] Her pro bono lawyer, Anil Balchandani argued that the items allegedly stolen by Parti Liyani were either gifted to her or items that she found to be discarded.[18][19] In March 2019, Parti Liyani was found guilty of her charges but filed an appeal to the High Court against all four charges.[20]

In an interview with the Humanitarian Organisation for Migrant Economics (HOME), Parti Liyani’s defence counsel, Anil Balchandani shared more about the difficulties of the trial.[21] According to the defence counsel:

“I was very impressed by Parti’s resolve. Because someone in her shoes generally faces more than just the pressure from the legal system. There is a family she has to take care of, probably living expenses in Singapore and just the inability to talk to anybody… She could’ve restarted her life, continued working in another country and just thought about what happened in October 2016 as a bad dream.”[22]

The appeal process lasted for several months until Justice Chan Seng Onn overturned Parti Liyani's four theft charges on 4 September 2020.[23] According to Justice Chan, the District Court did not consider the credibility of the Liew family’s testimonies, among other points.[24] For example, Karl Liew reportedly testified in court that the multiple items of “stolen” women’s clothing belonged to him because he liked to cross-dress.[25] Parti Liyani was acquitted of her final charge under the Miscellaneous Offences (Public Order & Nuisance) Act on 8 September 2020.

In January 2021, it was reported that Parti Liyani would be returning home to Indonesia permanently following her acquittal in September 2020.[26] It was also reported that she had engaged senior lawyers Peter Low and Remy Choo Zheng Xi of Peter Low and Choo LLC to represent her at the disciplinary tribunal proceedings against Deputy Public Prosecutors Tan Yanying and Tan Wee Hao, both of whom Parti filed a misconduct complaint against in June 2020.[26][27] According to Stephanie Chok, previously a manager for the Humanitarian Organisation for Migrant Economics (HOME), Parti would return to Singapore if she was required to attend further proceedings with regards to the disciplinary tribunal.[28]