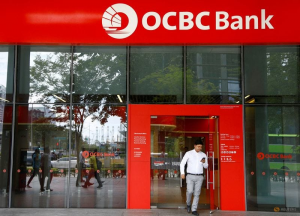 On 30 December 2021, an article in The Straits Times noted that in the month of December alone, 469 Oversea-Chinese Banking Corp (OCBC) bank users had found themselves victim to an island-wide phishing syndicate.[1] It was further reported that the losses of these victims amounted to over $8.5 million, with $2.7 million stolen over the Christmas weekend. [1] 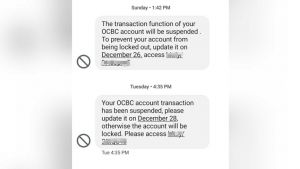 A screenshot of the phishing SMSes. Photo from Channel News Asia.

The syndicate saw victims receiving SMSes that they believed were from the bank, reporting “issues with their banking accounts”.[1] The recipients were then prompted with links to key in their ibanking details. The truth of the matter only came to light when these victims received notifications that funds have been funnelled out of their accounts.[1]

Despite OCBC’s multiple phishing warnings in place on its social media accounts and even on its main ibanking website, the bank still managed to identify and clamp down on a total of 45 of such scam sites in December 2021.[2] As of December 2021, OCBC is working with the police’s Anti-Scam Centre to help crack down more of such cases and aid in the recovery of lost funds.[2]

On 14 January 2022, online news platform Mothership published an article about how many of the victims were appalled at inefficiencies of OCBC’s customer hotline - resulting in many of them witnessing the gradual loss of their life savings whilst waiting to speak to a customer service representative.[3]

The scammers syphoned the victims’ life savings out via PayNow, an immediate transfer method that makes it near impossible to retrieve the funds.[3] A couple who spoke to Mothership also divulged that the scammers effectively activated their OneToken and changed the credit limit of the affected account without them revealing their one-time password (OTP).[3]

Timothy, one victim in his twenties who, along with his wife lost a sum of $100,000 to the syndicate, explained how these scam messages were sent in the official OCBC SMS channel that contained his transaction history.[3]

Timothy, who went on to create a support group for others affected in the syndicate, also told Mothership that people were still getting scammed “as late as January 2022.” He also pointed out that the bank should have taken measures to protect its members if the authorised channel for SMS communication was already infiltrated.[3]

OCBC announced on 17 January 2022 that it had been giving out “goodwill payments” to some of its customers who fell prey to the scam after a process of “thorough verification, taking into account the circumstances of each case”.[4] At the time of writing, over 30 customers have received restitution payments, with the first payments rolled out on 8 January 2022. OCBC will continue to review each case and continue reaching out to the affected parties.The bank did not, however, reveal the percentage of reimbursements the affected customers would receive.[4]

Monetary Authority of Singapore to consider supervisory action against OCBC

In light of the phishing scam, the Monetary Authority of Singapore (MAS) came forth on 17 January 2022 to say that it will be considering “supervisory actions against OCBC”.[5] MAS also said that "expects all affected customers to be treated fairly".[5]