Mr. Coconut is a Singapore-based beverage franchise that specialises in coconut drinks. The franchise has a total of 23 outlets[1] in Singapore, with their newest branch opened at Jurong Point on 9 July 2021.[2]

Mr. Coconut offers a variety of coconut drinks and desserts on its menu, including ice-blended shakes, coconut juice, and ice cream. The brand was founded by couple Andrew Cai and Vivian Yeo, along with former real estate agent Lucas Lin in 2015[3]. 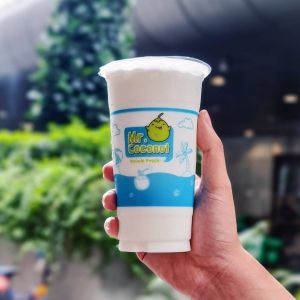 The business was birthed after Andrew and Vivian took a trip to Vivian’s hometown in Malacca, where coconut shakes are popular among locals and tourists[4]. When the couple identified that coconut shakes were not widely offered in Singapore, they decided to bring the drink over.

Andrew, Vivian, and Lucas launched their first coconut shake store at Far East Plaza in 2015. The store was known as Xiang Yu (相遇) Icy House at the time, in line with Vivian’s vision for the place to be a meeting hub for her customers to enjoy her freshly-blended drinks.[5]

Xiang Yu Icy House did not fare well in its first year, with the business almost going bankrupt.[4] As Andrew recalls, “We nearly went bankrupt. The three of us had no experience in F&B and we bought machinery that we didn't end up using. Rental was high and customers preferred to drink bubble tea.[3]"

Despite being faced with bankruptcy, the trio still saw potential in their product. Thus in 2016, they engaged a dedicated marketing firm, C.O. Enterprise, to repackage the Xiang Yu brand[6]. Mr. Coconut thus emerged as the rebranded version of Xiang Yu.

In light of Xiang Yu Icy House lacking a definitive focus with too many choices on its menu, the trio placed coconut water at the heart of Mr. Coconut’s business. The revamped brand also came with one-for-one promotions and a loyalty programme[7], along with a rigorous social media presence on Facebook[8] and Instagram[9].

Mr. Coconut uses young Thai coconuts as the main ingredient in all its products. According to Lucas in an interview with Channel News Asia[10], Thai coconuts are specifically chosen for their natural sweetness. Furthermore, young fruits are preferred as they tend to lose their sweetness as they mature. 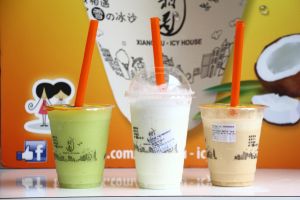 The revamp of Mr. Coconut afforded the brand many opportunities to expand their reach in Singapore. This was primarily done through the opening of new outlets across the country to make its products more readily available to local consumers. 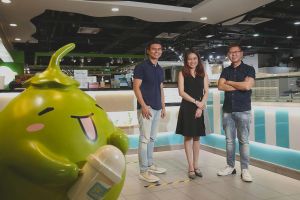 Though Mr Coconut’s products focus on coconut water, the brand doesn’t just offer juice on its menu. According to Vivian,

“Our exciting menu of coconut-based drinks blended with fruit juices, fruit purees, even with cookies or caramel sauce, is developed to suit everyone’s different tastes[11].”

**Only available at Causeway Point.

Mr. Coconut began its first wave of expansion in 2017, opening its second and third outlets at North Point and V Hotel Lavender, respectively. The V Hotel Lavender outlet has since shuttered[12], while the North Point one is still in operation today.

Mr. Coconut will be shifting to a bigger central kitchen in the near future[3], where the manual labour of breaking open the coconuts and extracting the juice and flesh will be concentrated. At present, staff do it as part of their daily operations at all outlets.

The brand also intends to implement a leadership training programme for potential leaders in their current staff of 140 people.[3]