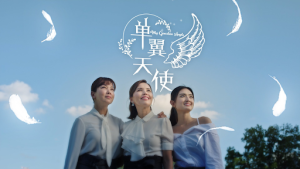 My Guardian Angels (单翼天使) is a Mandarin-language Mediacorp drama starring Zoe Tay, Kym Ng and Hong Ling that aired on Channel 8 and meWATCH in 2020.[1][2] Following its release, it received backlash from netizens for its portrayal of LGBTQ (lesbian, gay, bisexual, transgender and queer) characters.[3] 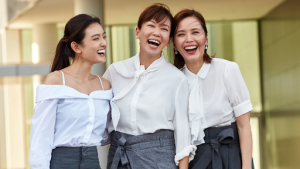 The main cast of the series, (from left to right) Hong Ling, Kym Ng and Zoe Tay. Photo from Mediacorp. 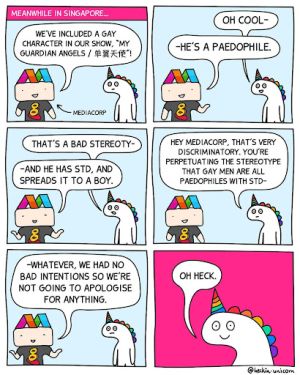 On 18 July 2020, Teo Yu Sheng, a LGBTQ rights activist and business owner better known on Instagram by his handle @heckin.unicorn, publicly called Mediacorp and Channel 8 out for purporting homphobic stereotypes.[4][5]

“For some bizarre reason, Mediacorp decided to include a gay character in the show, and portrayed him as a predatory paedophile who also has STD. This paedophilic subplot wasn’t just a small scene: Mediacorp spent 7 episodes fleshing out its story arc.”[4]

Said story arc featured a gay basketball coach, who was portrayed as paedophilic and had a sexually transmitted disease (STD), going to jail for molesting teenage boys.[3] 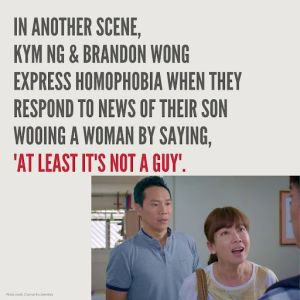 Social activist group Dear Straight People also criticised another storyline on 4 July 2020, where characters played by Kym Ng and Brandon Wong, another actor involved in the show, worry about their son’s sexuality.[6] In that scene, Kym Ng’s character is troubled when she finds out her son is pursuing a relationship, to which Brandon Wong’s character responds with, “At least it’s not a guy”.[6][7] Many netizens took that as a display of casual homophobia.[6]

According to the Infocomm Media Development Authority (IMDA), content “promoting or justifying alternative lifestyles”, which include portrayals of LGBTQ characters and situations, are banned from free-to-air television.[8]

Responses to the controversy

Netizens were quick to support Yu Sheng and call Mediacorp and Channel 8 out, heavily criticising the storyline as promoting and encouraging homophobia.[4] 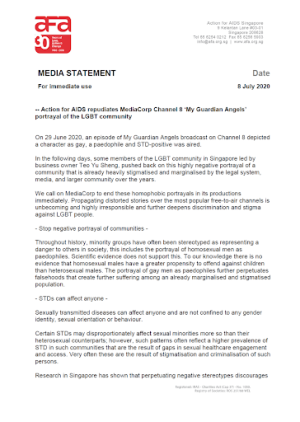 AIDS advocacy group Action for AIDS Singapore also released a statement on 8 July 2020 calling on Mediacorp to stop the negative portrayal of the AIDS and LGBTQ communities.[9]

“Throughout history, minority groups have often been stereotyped as representing a danger to others in society, this includes the portrayal of homosexual men as paedophiles. Scientific evidence does not support this. To our knowledge there is no evidence that homosexual males have a greater propensity to offend against children than heterosexual males. The portrayal of gay men as paedophiles further perpetuates falsehoods that create further suffering among an already marginalised and stigmatised population.”[9]

Following the backlash, Mediacorp released a statement on the incident, including clarifications for the two problematic subplots.[3][7][10] In this statement, Mediacorp expresses that they had no intentions of  “disrespect or discrimination” against the LGBTQ community. In response to the subplot where the parents discuss their son’s sexuality, they said,

“It depicted the overly protective mother spying on her son and eventually finding out that he was instead interested in a girl who lived nearby. When she expressed her disapproval with his choice, the father character responded that she should just be glad he was interested in a girl. This scene reflected the parents’ attitudes and reactions. This storyline aims to depict the real life struggles some parents face in communicating with their children on topics such as relationships and sexual orientation.”[10]

In response to the portrayal of the series’s only gay character as a STD-positive paedophile, Mediacorp expressed,

“The intention and overall message of this sub-plot is to encourage young people to be aware of potential dangers, and not be afraid to speak up and protect themselves. Mediacorp has hitherto depicted paedophiles preying on young girls in other dramas.”[10]

Mediacorp then ended their statement by reiterating,

“In both scenarios, there was no intention to depict the LGBTQ community in a negative light. We are sorry to have caused offence and distress. We have heard your feedback and will continue to exercise vigilance and be mindful of our portrayal of characters.”[10] 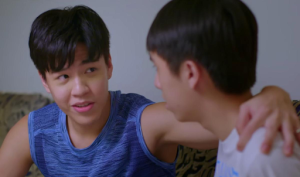 Chase Tan, the actor who plays the basketball coach in the series, apologised on Instagram to the LGBTQ community on 3 July 2020.[11]

“I'm deeply saddened that the role I played has caused distress in the community and I'd like to emphasise that it was never my intention. I'm an aspiring actor and every opportunity given to me is precious. I do not mean to disrespect anyone.”[3][12]