Lien Choong Luen (born 1978) is the general manager of the ride-hailing service, Gojek Singapore.[1] He is also a former military officer, having been a battalion commander for the special forces units in the Singapore Armed Forces (SAF).[2] As of 2020, Lien Choong Luen has two decades of professional experience in both the public and private sectors. Outside of his professional career, Lien Choong Luen is a seasoned mountaineer and athlete.[3] In 2016, he won the gold medal for the 800-metre run event at the Asian Masters Athletic Championships.[4]

Lien Choong Luen was born in 1978.[1] As of February 2019, he is a general manager at Indonesia-based business Gojek and helms its Singapore office.[2] He holds one Bachelor’s degree and two Master’s degrees, one of which he pursued after leaving his military career in 2010.

Lien Choong Luen is an alumnus of Raffles Institution and Raffles Junior College.[4] From 1996 to 1999, as a recipient of the Singapore Armed Forces Overseas Scholarship, Lien studied at the University of California, Berkeley (UC Berkeley) graduating with a Bachelor of Applied Mathematics. From 1999 to 2000, Lien furthered his studies at the University of Cambridge, graduating with a Masters in Pure Mathematics.[2][3]

As an undergraduate at UC Berkeley, Lien Choong Luen excelled in both athletics and academics. He attained UC Berkeley’s Sport’s Club Athlete of the Year award as well as the Chancellor’s Scholarship, the university’s most prestigious award for undergraduates. At the University of Cambridge, he was a member of the squash, cycling and triathlon varsity teams.[2] 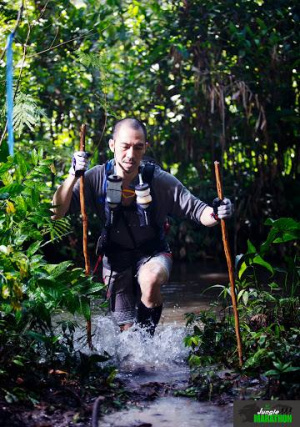 Lien Choong Luen at the Amazon jungle in 2013. Photo from source.

Lien Choong Luen climbed his first mountain, Mount Shasta (a volcano located in Siskiyou County, California) in 1999 as a university student.[3] Since then, he has scaled both Mount Everest and K2, the world’s two highest mountains standing at 8,848 metres and 8,611 metres respectively.[1][3] The accomplished adventurer and athlete logs his experiences on his blog. The following is a list of his sporting accomplishments over the years.

In August 2020, it was announced that Lien Choong Luen would be contending for the role of president of Singapore Athletics.[11] He is one of the candidates seeking to replace the current president, Tang Wei Fei, who will not be standing for re-election in 2020. 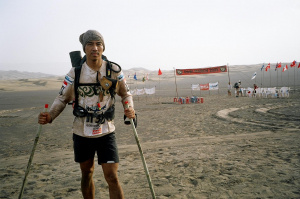 Lien Choong Luen at the Gobi Desert in 2005. Photo from source.

In 2005, Lien, then a Singapore Armed Forces (SAF) commando officer, participated in the Gobi March; a 250-kilometre ultramarathon set in Xinjiang, China.[10] The race took place in the Gobi desert, where temperatures rose to 50 degrees Celsius and above during the day. While working as a consultant at McKinsey & Company in 2013, Lien participated in the UVU Jungle Marathon, a 250-kilometre race held in Rio de Janeiro, Brazil.[8] The race was once reported by CNN to be the world’s toughest endurance race.[12] Lien ran in several stages over seven days. On the fifth day, runners were required to run for 108 kilometres. In his blog post, Lien details having suffered severe heat rash all over his body, as well as cuts and insect bites from running through the shrubs in the Amazon jungle. He says:

“My lower legs were so severely swollen with fluid by the time I landed (in Shanghai) that it took four days for the bones in my feet to become visible again.”[8] 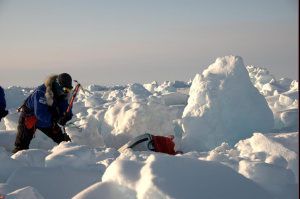 Lien Choong Luen at the North Pole in 2012. Photo from source.

In 2011, while studying for his second Master's degree at the London Business School (LBS), Lien organised a trek to the North Pole as a part of a “time-honoured tradition” held by LBS students to organise trips during their second year of studies. The trek itself was executed in 2012.[9] The trip also raised funds for MENCAP, a UK-based charity that works with individuals afflicted by learning disabilities.[13] Lien exceeded his targeted fundraising expectations, raising over $5,000 British pounds.[9]

In May 2016, Lien participated at the 19th Asian Masters Athletics Championships in the 800-metre run, 400-metre dash, and 4x400 relay event.[14] In his blog entry, he recalled his gruelling training sessions leading up to the competition:

“I recall my New Year’s Eve celebration on Dec 31 was a long solo run in the rain at Macritchie at night. For each training session, squeezing out time to do the prescribed stretching and exercise was a real commit and exercise in discipline. After that, trying to get back to work was agonizing and painful. I remember nights after training where I finished running at 11pm, ate dinner, and just lay (sic) there, unable to sleep, with a night’s work ahead but completely exhausted.”[15]

In July 2017, Lien and two of his friends went to California, United States where they climbed El Capitan, one of the world’s tallest rock formations at over 900 metres in height. The three-day climb was documented in a short self-made video. 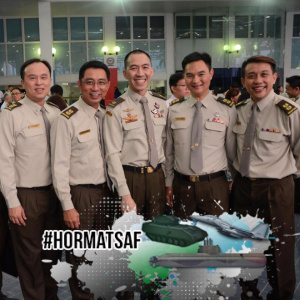 After receiving his first Master’s degree from the University of Cambridge in 2000, Lien Choong Luen spent a decade of his professional career as a military regular.

Lien Choong Luen served as a commissioned officer in the commando formation of the Singapore Armed Forces (SAF) for nine years.[17] He attained the rank of Major and was a battalion commander for the Special Forces units.[18][2] Under his leadership, the commandos attained the Best Company award for SAF’s annual Best Combat Unit competition.[2] Lien was also part of a United Nations peacekeeping mission in Timor Leste, overseeing the country’s transition to independence and organising its first presidential election in 2002.[19] While working as a military regular with the Singapore Armed Forces (SAF), Lien worked concurrently in the Ministry of Defence's (MINDEF) Future Systems and Technology Directorate (FTSD) as an assistant director. He spent six years in the division and left the post in 2010.[2]

After leaving the military, Lien pursued a two-year Master's degree in Business Administration at the London Business School, graduating with a Distinction in 2012.[2]

In 2012, Lien joined the McKinsey Center for Government, a global company dedicated to optimising the productivity and performance of governments.[1][20] He served as the strategy consultant at the company's South-East Asian branch for five years.[2] While he mainly focused on economic productivity and manufacturing effectiveness, Lien was involved in international collaborations such as leading Sierra Leone’s government through healthcare worker training and facility upgrades after their 2014 ebola outbreak.[21][2] From 2017 to January 2019, Lien worked at the National Research Foundation (NRF) Singapore.[1][2] 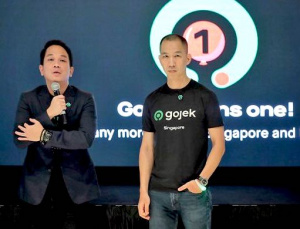 In February 2019, it was announced that Lien would be the new general manager of Gojek Singapore.[22] He is in charge of overseeing the company’s commercial operations as well as supporting its international expansion.[23] When asked about establishing Gojek’s operations in Singapore, he says:

“... when we talked to drivers here, we realised the intensity of rides in Singapore is back-to-back-to-back, and our drivers were telling us “we don’t have time to go for a toilet break”... that’s not an issue you always have in Indonesia. And as a result we have this, what we call a pause button so that our drivers could take a break, grab a meal, go to the toilet. And these are examples of how we localise and how we develop for each individual market.”[17]

Since becoming the general manager of Gojek Singapore, Lien has been invited as a keynote speaker at events such as the Tanoto Scholars Annual Networking (TSAN) and the SMART Seminar Series.[24][25]

In July 2019, Lien was a speaker at the IPS-IMDA Digital Inclusion Symposium where guest speakers spoke about how to form a society where people could be digitally inclusive.[26] He shared personal anecdotes on how Gojek has utilised digital inclusion to improve user experience.[27]

In October 2019, Lien was a keynote speaker at the SMART Seminar Series: Go Regional event.[28] The event was held at the SME Centre, located at the Singapore Malay Chamber of Commerce and Industry (SMCCI). Lien spoke about factors to consider when expanding small medium enterprises (SMEs) internationally, amongst other topics related to business expansion.[25]

Lien was invited to speak at the Tanoto Scholars Annual Networking (TSAN) event in December 2019. Speaking to recipients of the Tanoto Scholarship at the event, Lien shared how his life experiences have shaped him to become a better leader while remaining humble by taking on new challenges.[24]