Josh Kua (born May 7, 1989 in Kuala Lumpur, Malaysia) is a Malaysian-Australian violinist, composer and model based in Singapore.[1] He is active on Instagram, with over 63,600 followers as of December 2022.[2] He also regularly posts covers of popular songs and original compositions on his YouTube channel, where he has amassed more than 6,000 subscribers and 571,000 views.[3] Kua is represented by Ave Management for his modelling activities.[2][4]

Josh Kua was raised in Melbourne, Australia and has been training as a violinist since the age of 4.[5] According to his website, his interest in the violin started when he saw a live orchestra on television.[5] He is classically trained, but he mostly plays by ear.[5]

Kua was a student at Melbourne High School from 2004 to 2007.[6] After his graduation, he enrolled in Monash University in Melbourne, Australia in 2009. There, he double majored in Commerce – BCom, Marketing and Law.[6] He graduated with a Bachelor in both disciplines in 2013 and 2014 respectively.[6]

Josh Kua on the cover of Harper’s Bazaar in 2020. Photo from Instagram.

As a model, Kua has appeared on the covers of various magazines over the years, including that of Harper’s Bazaar, Men’s Folio, NewTide and Cittá Bella.[8] He was also the international Brand Spokesperson for Tongrentang’s line of Matcha Oolong Tea from April 2016 to March 2017.[7][9] 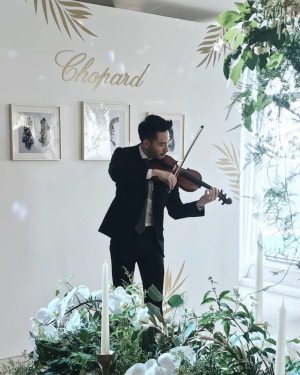 Kua has been a self-employed violinist and composer since 2010, and is typically active on Instagram and YouTube.[2][3][7] He has been booked for gigs and individual performances globally, having played in countries like Australia, Singapore, Malaysia, Indonesia, Thailand, Philippines, Taiwan and China.[9] Kua has also played for events of brands like Cartier, Chanel, Gucci, Hugo Boss and Yves Saint Laurent.[10]

In an interview with Manila Bulletin, a Philippine newspaper, Kua talks about his musical career, modelling and how the COVID-19 pandemic has changed things for him.[11]

When asked about how he became a model, he mentioned that he was a subject for a friend’s photography project back in his university days. Said friend then encouraged him to put a few studio pictures on Model Mayhem, an online creative portal. A few months later, he received a message from a casting agent to attend a casting for a Carlsberg advertisement shoot in Australia.[11]

When asked about how the pandemic has affected his musical career, Kua said,

“Performing the violin at exclusive events has been my main income for years, so with events pretty much dead and not being able to travel, I’ve had more time to focus on making more content. It’ll be interesting to see how the industry eventually bounces back (if ever) and how we’ll need to adapt to it.”[11]

He also mentioned that the pandemic helped him understand that his satisfaction is not limited to career or monetary success.[11] 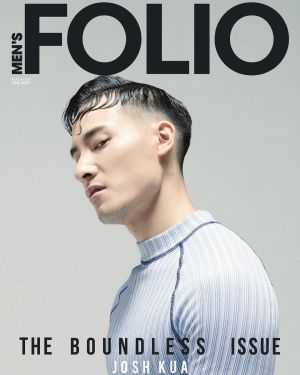 For a photo spread and interview with Men’s Folio Malaysia in 2020, Kua talks in-depth about music being a “universal form of human expression”, and how his music is shaped by him growing up in many different places around the world.[12]

He also speaks about looking up to renowned British violinist Vanessa Mae as a child, and how he, as an Asian child growing up in the West, identified with her Asian ethnicity and representation.[12]

When asked about his career trajectory as a musician, Kua said that he thinks pursuing music “broadened what [he] thought [he] could be capable of as a performer and an artist”.[12]

“Believing in myself and valuing my own work was so important to growing my career as well as to having clients learn to respect my artistry and compensation expectations. In 2016, I put on my first major concert and released original music for the first time, which were such intense and fulfilling experiences.”[12]

When asked if he thinks he has gotten his so-called “big break” yet, he says,

“I think that for a musician to ‘make it’ in the entertainment industry they need to be unique, tenacious and affable. I’m not sure I ever caught a ‘break’ music-wise. It’s been years of just slowly building up to where I am now. I think I was fortunate to receive a number of opportunities earlier on, even before I was taking music seriously, to perform violin overseas. I was still studying at university at the time, so it was mostly a bit of fun, that’s now turned into a career of sorts.”[12]

In a Harper's Bazaar feature done in 2019, Kua was revealed to have released his first original EP Elevate in 2018.[13] Harper's Bazaar describes it as a "groundbreaking New Age-inspired" EP that combines classical music with EDM.[13]

They also talk about how Kua's runway-worthy appearance, helped by the countless thirst traps he posts on Instagram, does not take away from the fact that he is an extremely talented musician. He is also extremely intelligent, having two degrees in Law and Commerce, and is a self-proclaimed bookworm.[7][13]