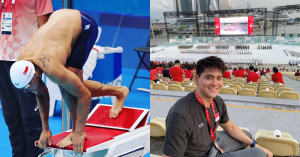 On 30 August 2022, it was revealed in a television broadcast by CNA that Joseph Schooling was under investigation for the consumption of Cannabis.[1] While Schooling didn’t test positive for drugs in his urine test, Joseph had come forth to admit that he had consumed cannabis while he was abroad for the 31st Southeast Asian Games in Vietnam in May. That was also the period that Schooling was on “short-term disruption from full-time national service duties”.[2]

Another national swimmer, Amanda Lim, had also been found to have consumed cannabis while overseas. The consumption of cannabis is illegal in Singapore and Vietnam. As dictated under the Misuse of Drugs Act, citizens and permanent residents who are found guilty of drug abuse either in Singapore or overseas can face a “jail term of between one year and 10 years” and/or a fine of no more than $20,000.[3]

At the 31st SEA Games, Schooling went on to clinch two gold medals for men's 100m butterfly and the 4x100m medley relay, the latter in which he participated alongside Maximillian Ang, Quah Zheng Wen and Jonathan Tan.[4]

In the evening of 30 August, Joseph Schooling posted an apology in the form of a story on his Instagram page.[2]

“I gave in to a moment of weakness after going through a very tough period of my life. I demonstrated bad judgment and I am sorry, I made a mistake and I’m responsible for what I’ve done. I will make amends and right what is wrong. I won’t let you down again."[2]

Following the investigation, MINDEF stated that Schooling would have to undergo supervised urine tests for a period of 6 months. The Defence Ministry also came forth to say that Schooling would be barred from leave or further disruption of training for the remaining duration of national service.[2] Schooling’s earlier national service deferment came to an end on 31 August 2021, and he enlisted earlier in January 2022.[4][5]

The Defence Ministry also cited the case as an “abuse of disruption privileges”, as Schooling’s disruption to his national service training was only granted “very selectively for exceptional sportsmen assessed to be potential medal winners at international competitions like the Olympic Games and who are able to bring national pride to Singapore.” Historically, Schooling is one of three sportsmen who have been granted deferments for their national service.[4]

As Schooling is technically serving his national service, he is subject to military law, which can land him a fine, rank reduction, time in the detention barracks, or “discharge from service”.[3]

Lawyer, Rajan Supramaniam, shed light on the situation by stating that Schooling is unlikely to be blackmarked by the law as his urine test returned negative.[3] 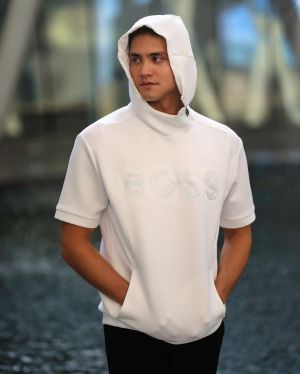 On 31 August 2022, Hugo Boss, the Olympic winner’s sponsor was quick to show its continued support for the swimmer. Steven Lam, the managing director of Hugo Boss Southeast Asia came forth to say that the swimmer made a mistake, and has taken responsibility for his actions.[6]

Lam continued to say that “​​It will be a long road ahead for Joseph but we believe he will now show us how he will make good his promise to rebuild the trust with the people who believe in him. Our partnership and support for Joseph remains strong and unwavered.”[6]

The whole incident has stirred up quite a debate amongst members of the public with netizens expressing both sympathy and disappointment.[7] Some attributed the blunder to the fact that Schooling possibly was facing immense pressure and possibly still grappling with the loss of his father, Colin Schooling, who passed away from cancer on 18 Nov 2021.[7][8]