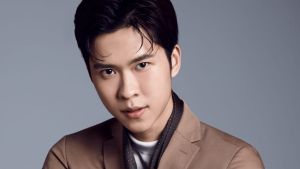 After graduating from junior college, Herman pursued a Diploma in Dance at the LASELLE College of the Arts. In an interview, he stated that he wanted to pursue dance full-time as it was something that he believed in.

“So I went to audition at LASALLE on my own without telling anyone. It was only after I secured a place in LASALLE that I informed my parents. I reassured them that I was passionate and committed to pursuing dance.”[3] 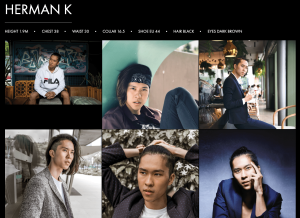 Prior to taking part in Star Search 2019, Herman was signed to professional modelling agency NOW Model Management. His contract is set to expire in 2022.[4] 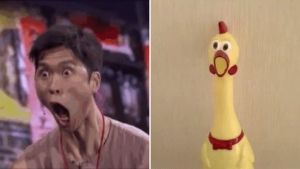 A meme of Herman’s exaggerated expression during his finals skit at Star Search 2019. Photo from 8 Days.

Herman took part in local talent competition Star Search in 2019. He eventually came in second place, losing out to eventual winner Teoh Zetong.[5] As part of the top 3 contestants in the competition, Herman subsequently secured an acting deal with Mediacorp.

In the finals, Herman acted in a skit based on a 1997 Channel 8 drama The Guest People, alongside winner Teoh Zetong. Herman’s exaggerated expression at one moment during the skit caught the attention and criticism of netizens, and a screenshot of his face quickly circulated online soon thereafter.[6]

Nevertheless, his performance was well received by the audience, and even earned him the praise of veteran Hong Kong actress Carina Lau, who complimented him for “stealing the spotlight from everyone else”.[4] 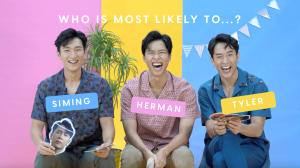 A photo of HST. Photo from Gen Z Magazine.

Following his second-place finish in Star Search 2019, Herman landed his first major acting role with Mediacorp, playing the second male lead in crime drama Mind Jumper[7]. He has also been involved with variety programmes such as Curious City and Just Swipe Lah, as well as the online show Intern Survival Guide.[7]

As part of branding efforts, Herman, together with fellow Star Search 2019 alumni Tyler Ten and Zhai Siming, are collectively marketed as “HST”, which was a band name that was coined by their fans. According to a report, the three of them “will officially team up as HST to explore different collaboration opportunities”.[7]

The three of them also have a strong TikTok presence, regularly appearing on each others’ social media accounts and creating lighthearted dances and comedic videos.

Herman’s latest project is a dialect drama titled “I Want To Be A Towkay”《亲家，冤家做头家》. The 20-episode drama is a joint collaboration between Mediacorp and the Ministry of Communications and Information, and will see Herman star alongside other young cast members like Romeo Tan and Denise Camillia Tan.[8]

In 2021, Herman was a nominee for the 2021 Star Awards Best Newcomer Award, for his role in Interns Survivors’ Guide.[9]

Speaking with Singaporean magazine 8 DAYS, Herman Keh spoke of how he was fine with being known as the “TikTok guy”.[15] To date, he has several viral TikTok videos under his belt, many of which include fellow Mediacorp actors, Zhai Siming and Tyler Ten.

On 4 June 2022, a TikTok of him taking part in the Jiggle Jiggle trend went viral.[16] From the variety of languages that appeared in the video’s comments section, it was evident that Herman’s TikTok had managed to reach countries like Indonesia, Korea, and even Russia.

In the clip, Herman is seen dancing with fellow actress, Kiki Lim.[15] Both were dressed as doctor and patient, as they were in the midst of filming for Channel 8’s upcoming drama, What’s Wrong Doctor?, 医生不是神.[10] As of June 2022, the TikTok has exceeded 23 million views.