Fiona Fussi (born 25 January 1996)[1] is a celebrity model and actress based in Singapore.[2] Her modelling career kicked off after her success at the Elite Model Look competition in 2011. In 2019, Fiona appeared as one of the leading female characters on The Last Madame (2019) alongside veteran actress Joanne Peh. Fiona has over 134,000 followers on Instagram as of April 2020.

Born to an Austrian father and Hong Kong-Chinese mother,[3] Fiona was born and raised in Singapore where she is a Permanent Resident.[4] As a teenager, she already knew that she wanted a career in show business. This compelled her to register for Elite Model Look at 15 years old - an opportunity that kickstarted her career.[5] 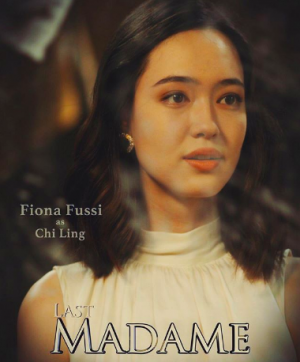 Fiona as Chi Ling in The Last Madame (2019). Photo from Instagram.

Fiona made her acting debut in 2019 across three different productions.

Fiona played the character Chi-Ling - a "cold-hearted and unfeeling"[7] Hong Kong stockbroker - in the 12-part Toggle series The Last Madame (2019). The English series was the first M18 show to premiere on Toggle (now MeWatch).[8]

Under the Tree (2019) was a 30-minute short film directed by Joanne Peh. Fiona played the lead actress (妮妮) in the Mandarin film that was premiered on Mediacorp's Channel U in April 2019.[9] 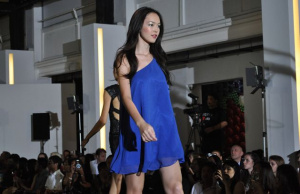 Fiona pictured in 2011 on the runway at the Elite Model Look Singapore finals. Photo credit to Yahoo!Singapore. 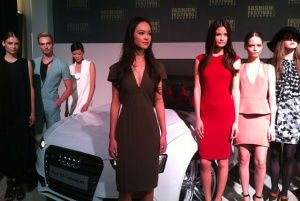 Fiona (centre) pictured in 2012 at the Audi Fashion Festival. Photo from Yahoo! Singapore.

In 2012, Fiona was booked as the face and the main model of the 2012 Audi Fashion Festival.[14] Since then, her modelling work has taken her to cities like Cape Town, Tokyo and London - among others.[15] Fiona has worked with numerous brands as the face of their campaigns. Apart from international fashion and beauty brands like L'Oreal Paris,[16] Charlotte Tilbury, Lancôme[17] and Motives Cosmetics,[18][19] Fiona has been the model of choice for local brands like SK Jewellery.

Since her initial exposure to the industry in 2011, Fiona went on to appear on the cover of acclaimed fashion magazines as listed in the table below.