Fakkah Fuzz (born on 19 September 1986 as Mohammad Fadzri bin Adbul Rashid) is a Singaporean comedian, host and entertainment figure. In 2018, he was the first Singaporean to be featured given a Netflix comedy special. He has also clinched titles in comedy competitions and performed on both local and international stages. As of July 2020, Fakkah Fuzz has over 91,428 followers on Facebook and 37,000 followers on Instagram.

Fakkah Fuzz realised that he wanted to pursue stand up comedy after completing his secondary studies in Malaysia.[1] At the time, he had been inspired by comedians like Chris Rock and Dave Chapelle. Some of the first few opportunities Fakkah Fuzz had in comedy was performing at the Singaporean bar, eM By The River and opening for the Australian comedian, Jonathan Atherton in Malaysia. Subsequently, he was noticed by brands like Jetstar and was even a crowd warmer for Asia’s Got Talent.[2] 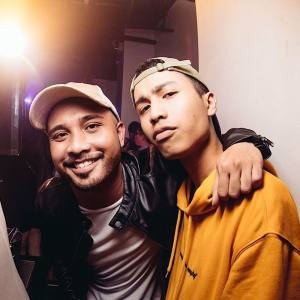 Fakkah Fuzz was born in Singapore but spent his early childhood years in both Masjid Tanah, Malacca and Singapore.[3] He moved to Singapore to complete his primary school studies before returning to Malaysia for his secondary level education.[4] During his teenage years in Malaysia, he was a guitarist in a band called Silent Ambush and aspired to be a performer.[5] With his Malaysian qualifications, he was rejected by pre-university education institutions in Singapore. Instead, he started hosting music gigs and took up odd jobs like being a paintball facilitator.[6] From these experiences, he built up his public speaking skills and branched into stand-up comedy.[7]

Fakkah Fuzz attended three different primary schools in Singapore.[8] He then went to Methodist High School, a private school located in Tengkera, Malacca.[9] After serving his National Service (NS) and working as a paintball instructor, he received his diploma in mass communications.[10] 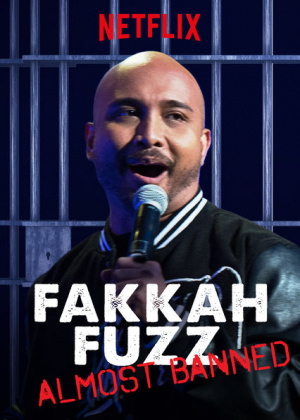 Fakkah Fuzz pictured on the poster for his Netflix show, Almost Banned (2018). Photo from Netflix.

Fakkah Fuzz was the first Singaporean to have a Netflix original comedy special. The hour-long special featured his sold-out show at the Capitol Theatre in Singapore.[11] Although he was applauded for this achievement, an entertainment blog called The Wrap critiqued his show, saying that it was limited to Singaporean and Malaysian audiences due to the nature of his jokes. The blog ranked his show as the second last on their list of 2018 Netflix comedy specials.[12]

Over the years, Fakkah Fuzz has performed at numerous comedy clubs and festivals like Comedy Masala[13] and Happy Ever Laughter.[14][15] He has also performed at events like Beerfest Singapore. Outside of Singapore, he has performed in Malaysia,[16] Australia,[17] the United States of America[18][19] and China. The following table is a list of his solo shows in recent years. 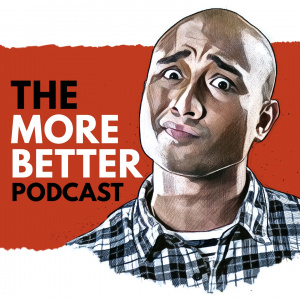 As of 2020, Fakkah Fuzz actively uploads episodes on his podcast, The More Better podcast. Photo from Spotify.

Fakkah Fuzz hosts a podcast on Spotify. He has invited Singaporean personalities such as ShiGGa Shay, Hirzi Zulkiflie and Rosalyn Lee to speak on topics ranging from social issues to industry-specific talking points. He released 10 episodes of the podcast in 2019. On 11 July 2020, Fakkah Fuzz released his podcast with the Singaporean politician, Chee Soon Juan.[29]

Over the years, Fakkah Fuzz has hosted several television programmes.

From January to February 2016, he was a co-host for the Mediacorp Suria programme, AH...! Adam & Hawa. He fronted the show with another Singaporean personality, Nadiah M. Din. In eight episodes, the informative talk show discusses common scenarios faced by couples through the perspective of each sex.[30] 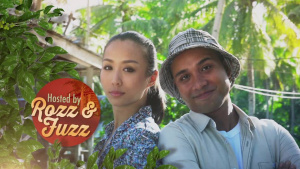 Fakkah Fuzz was a co-host for the Mediacorp Channel 5 show, Throwback: Balik Kampong. He hosted the series with Rosalyn Lee (Rozz) for both Season 1 and Season 2.[31] The show follows three families competing in several challenges in a village setting.

In 2014, Fakkah Fuzz hosted the Mediacorp Channel 5 show, 50 Ways To Be A Singaporean. The show lasted for 14 episodes and featured unique aspects of Singaporean life.[32] The series featured local celebrities every episode, including actors like Tay Ping Hui and Gurmit Singh.[33]

In March 2019, Fakkah Fuzz made the news for their volunteer efforts at Pasir Gudang in Johor, Malaysia. The group delivered N95 masks to Pasir Gudang residents to protect them from inhaling airborne toxic-waste particles.[34] This effort was initiated in response to the negative health effects of the illegal waste dumping in the nearby Sungai Kim Kim river.[35][36]

In 2018, a Universal Studios Singapore (USS) scare actor for the annual Halloween Horror Nights took to Facebook to express her disappointment at the behaviour of social media influencers during the event’s media preview. She attached two Instagram stories from Hirzi Zulkiflie and Fakkah Fuzz as evidence to her claims. A portion of her Facebook post reads as such:

"You are not being professional. It’s NOT FUNNY! Joke targeting actors, indirectly offensive, noisy like monkeys, screaming back INTO the scare actor’s EARS, spoiling the atmosphere for other media guests, creating a scene and trying to out do every single lines of the actor. IF YOU ARE SOMEONE WHO IS NOT FROM THE ACTING OR MEDIA SCENE, I would have totally understand."[37]

Fakkah Fuzz apologised for his actions on Instagram and explained comedy was his defense mechanism in such situations. He further added that he did not mean to disrespect the performers.[38]

In 2016, Fakkah Fuzz uploaded a clip of his performance at Singapore’s School of the Arts (SOTA) Drama Theatre during the Singapore Comedy Fringe Festival. In his performance, he made a joke about the different usage of the Malay language in Singapore and Malaysia, pointing out the Singaporean Malays call thieves pencuri (Malay for thief), while Malaysian Malays call thieves perdana menteri (Malay for prime minister). His joke offended several Malaysians and he was called to be blacklisted in Malaysia by the Selangor United Malays National Organisation (UMNO) Youth chief, Zainuri Zainal.[39] In response, Fakkah Fuzz took down the video and subsequently posted an apology video. He noted that he did not intend to cause any hurt or political unrest. He added that he hopes viewers can be more open-minded and “learn to take a joke once in a while”.[40]