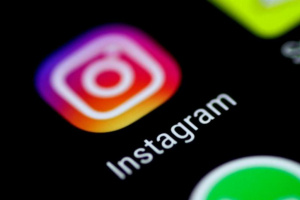 The "lottery campaign" scammers who implicated the e-commerce site, Lazada, sought out targets on Instagram.

In May 2019, the Singapore Police Force warned the public of "lottery campaign" scams on Instagram that claimed to be hosted by the e-commerce site Lazada. It was revealed that at least S$14,000 had been scammed from 14 unsuspecting victims.[1] In a press statement, Lazada clarified that these campaigns were fabricated and denied all associations with the scam. 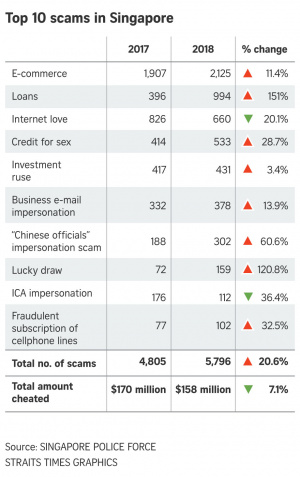 E-commerce and lucky draw scams made it to SPF's Top 10 scams list. Table from The Straits Times.

The scammers operate on Instagram where they would impersonate the target's friend or follower. Through a direct message on the application, the scammers would then request for the target’s contact number. The reason could range from having "lost" the target's contact number to directly alleging that they had won a cash prize on Lazada.

They would then try to coerce the targets into sharing photographs of their credit or debit cards, on the pretext of helping the victims to sign up for a fake Lazada campaign which allegedly allows the victims to “win” additional cash prizes.[2]

Some targets were even told to share the One Time Passwords (OTPs) of their bank accounts with the scammers, so that the prizes could be claimed. The victims eventually discovered that they were being scammed when their bank accounts were illegally accessed and there were unauthorised remittances being made.[3]

On 14 May 2019, Lazada addressed the issue via a press statement. They clarified that they were “in no way associated with these scams” and asserted that “All (their) campaigns and contests are held only on (their) website, app and official social media accounts”.[5] They also expressed that they would like to “remind customers to only conduct transactions on (their) platforms — never via third-party channels”.

Identifying and reporting such scams

On 14 May 2019, the Singapore Police Force reported that there have been 14 victims of a fake Lazada lottery scam since January 2019. The SPF issued the following advisory in the face of such scams:[6]