Once a prominent Singaporean lifestyle blogger, Eunice Annabel Lim Mei En (born 22 January 1994) now works as an air stewardess for Singapore Airlines (SIA).[1] She has been recognised for her modelling endeavours and acting roles on local television. Eunice Annabel rose to fame after becoming the winner of Clicknetwork's VAUNT model search in 2011 at 17 years old.[2] As of June 2020, she has 190,000 followers on Instagram. 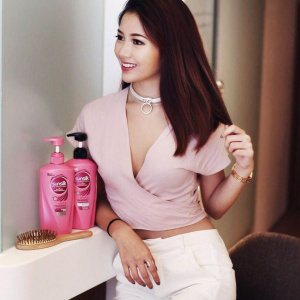 Eunice Annabel started blogging as early as 2010.[3] She prides herself as a beauty and lifestyle influencer. Her content covers topics ranging from her modelling and acting experiences to her relationships and lifestyle.[4] As an influencer, Eunice Annabel has engaged in sponsored advertisements[5] for brands like Vogue Avenue and Elly Sage. In 2014, she was selected as a Brand Ambassador for Sunsilk SG.[6]

Eunice Annabel Lim studied at CHIJ Toa Payoh (Secondary) from 2007 to 2010. She furthered her studies at Temasek Polytechnic (2011 - 2014) where she received a Diploma in Apparel Design and Merchandising. While pursuing her diploma, Eunice Annabel also worked part-time as a Sales Executive at Abercrombie and Fitch in 2011 for a year.[7]

Eunice Annabel joined YouTube in 2013. In her earlier videos, she vlogged her modelling and acting experiences. She then moved on to uploading beauty guides and tutorial type content.[12] As of December 2019, she has over 16,000 subscribers and her most viewed video has over 120,000 views.[13] Her YouTube channel has not been active since December 2017.

In a 2018 interview with Marketing Interactive, Eunice Annabel mentioned that although the majority of her audience is on Instagram, she prefers the viewer interaction from YouTube which allows criticism for content improvement.[14] 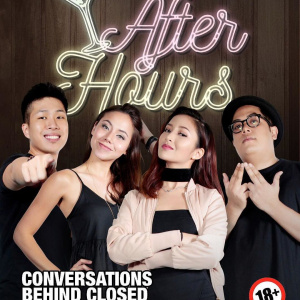 Eunice Annabel (second from right) was one of the hosts for Zyrup's After Hours series on YouTube. Photo from Marketing Interactive.

Eunice Annabel was one of the four hosts for After Hours a talk show series for the YouTube Channel Zyrup.[15] Working alongside her were fellow personalities Audrey, Dew and Jonathan. The series lasted for 3 seasons, with the first episode aired in January 2016 and the last aired in October 2017. After Hours (YouTube playlist) discussed taboo topics relating to “love, sex, and relationships”.[16]

Eunice Annabel has been featured in short skits and videos across multiple YouTube channels.

Eunice Annabel pictured in 2011 with her S$2,000 cheque for winning the VAUNT model search. Photo from Eunice Annabel's blog. 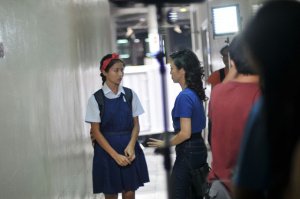 Eunice Annabel (left) pictured on the set of Mata Mata 3 as her character, Emily. Photo from Eunice Annabel's blog.

Eunice Annabel has been cast for acting roles in various local productions between 2014 and 2016.

In 2016, Eunie Annabel co-founded a clothing apparel company called Slayday.co.[29] According to SGP Business, Slayday was incorporated on 27 July 2016 and is still in operation.[30] However, Slayday has not been active on its social media platforms.[31][32]