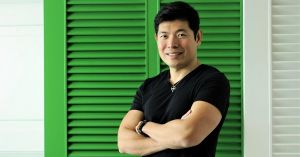 Tan was born in Kuala Lumpur, Malaysia in 1982 to Tan Heng Chew, president of automotive conglomerate Tan Chong Motor Holdings, and Khor Swee Wah. He is the youngest of three brothers.[4]

From 2000 to 2004, Tan did a Bachelor of Arts with Honors in Economics and Public Policy at the University of Chicago.[4]

From 2009 to 2011, Tan completed a Masters in Business Administration at Harvard Business School.[5] 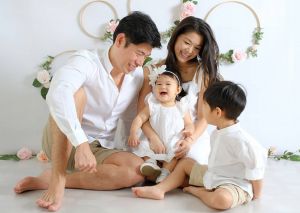 Tan and his family. Photo from Eyerys.

Tan is married to Chloe Tong, the daughter of Phileo Allied Bank founder[1] and Edge Media Group chairman Tong Kooi Ong[6]. The couple have two children together: a son named Emmanuel and a daughter named Elizabeth.[6]

According to Forbes, Tan became a Singapore citizen in 2016.[1]

Before founding Grab, Tan worked as the Head of Supply Chain and Marketing at Tan Chong Motor Holdings.[7]

With Grab slated to go public in the fourth quarter of 2021, Tan’s net worth is expected to increase to as much as USD829 million.[9] 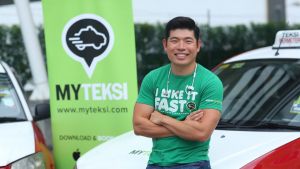 Grab began as a business proposal that Tan, along with his friend and fellow coursemate Tan Hooi Ling, formulated for the Harvard Business School New Venture Competition 2011.[9]

The proposal aimed to create a "mobile app that connects taxi seekers directly with taxi drivers closest to their location in the chaotic Malaysian urban environment."[9] The proposal also took into account the issues of overcharging and safety that plagued the taxi industry in Malaysia, intending for the app to provide safe and reliable taxi services to its users.[9]

Tan elaborated further on the safety issue with the taxi industry in a feature piece with Today Online, using Hooi Ling as an example:

“Hooi Ling experienced the pain for herself. When she was a consultant at McKinsey she’d finish work late at night and would have to pretend to be on the phone with her mother (while in the taxi as a safety precaution).”[4]

Although the proposal was met with some resistance from the pair’s professors, it still emerged as the runner-up and won them USD25,000.[9]

The pair then went on to found MyTeksi in 2012, funded by a combination of the prize money and Tan’s personal savings.[9]

MyTeksi faced a number of problems during its inception. This began with Tan Hooi Ling having to serve a bond with McKinsey & Company upon graduation. Tan then had to manage the operations of MyTeksi on his own.[9]

Tan also faced resistance from taxi drivers, who were not interested in using the MyTeksi app. He remembers knocking on the windows of taxis in a bid to get drivers to download the app:

“‘Uncle give us a chance lah, your income is sure to increase!’ We were basically begging. Maybe out of 10 drivers I pitched, two would agree to try it.” [4]

To fully focus on developing MyTeksi, Tan later resigned from his position as the Head of Supply Chain and Marketing at Tan Chong Motor Holdings.[9] This action purportedly angered his father, who allegedly responded by refusing to finance MyTeksi and threatening to deprive him of his inheritance rights. 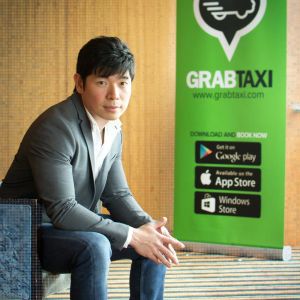 Tan posing with a GrabTaxi banner. Photo from Vox.

Tan’s mother Khor did not share the same sentiments as her husband. Instead, in a show of support for Tan, she invested “several millions” into his business and attended investor meetings with him.[5]

According to Tan, he understood the difficulty of getting his family to see his vision:

“It’s hard for my family to understand what I was going to do, and I don’t blame them. Before embarking on this journey, you need to realize that for startups, if you want to win and grow quickly, you must make a lot of personal sacrifices.” [9]

With the investments from both his mother and other investors, Tan rebranded MyTeksi to GrabTaxi in 2013. In the same year, Tan expanded Grab to the Philippines, Singapore, and Thailand.[9]

In the same year, Tan partnered with HDT Holdings to bring 100 BYD e6 electric taxis into Singapore, forming the largest e-taxi fleet in Southeast Asia at the time.[11]

Tan continued the company’s expansion into Vietnam[12] and Indonesia[13] in 2014.

In May 2014, Tan began the company’s expansion beyond taxi services with the launch of GrabCar. A direct competitor to Uber at the time, personal cars were used in lieu of taxis to combat the public transportation shortage during peak periods.[14]

In November 2014, Tan introduced GrabBike to Ho Chi Minh City, Vietnam as a trial service.[15] This service allowed users to order a xe om, or motorcycle taxi, to transport them to their destinations.

GrabBike later became a full-fledged service in 2015, expanding to the rest of Vietnam, Indonesia[16], and Thailand.[17]

In February 2015, a premium version of GrabCar, GrabCar+, was launched in the Philippines.[18]

In November 2015, a social ride sharing service called GrabHitch was launched,[19] offering customers a more affordable alternative to the standard taxi or ride-hailing services. In the same month, GrabExpress, a service which provided door-to-door delivery services, was launched in Indonesia.[20] 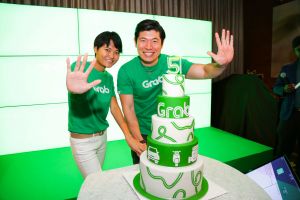 In 2015, Tan Hooi Ling completed her bond with McKinsey & Company and returned to work full-time for GrabTaxi,[21] where she was appointed the Chief Operating Officer (COO).[22]

Rebranding to Grab and launch of GrabRewards (2016)[edit | edit source]

On 28 January 2016, Tan rebranded GrabTaxi to Grab.[23] This rebranding was done to tie all the company’s services – GrabCar, GrabBike, GrabHitch, and GrabExpress – under one umbrella brand. Tan shared that Grab had evolved from its roots as a taxi app:

“We’ve grown over the years – and we’re now much more than a taxi app. This new brand is an important evolution that represents our goal to outserve our customers. We are not only providing passengers with a transport service, we are saving them time and ensuring they have a safe ride.”[20]

On 8 December of the same year, Grab introduced a rewards system called GrabRewards.[24]

On 13 March 2018, Grab Financial was launched,[25] partnering with Japan’s Credit Saison to provide lending services to the unbanked and underbanked.

On 4 August 2020, Grab Financial expanded its range of financial products to cater to the general consumer.[26] These products included Auto-Invest, a micro-investment solution, consumer loans, and buy-now-pay-later payment plans for selected ecommerce websites.

In May of the same year, a food delivery service named GrabFood was launched as part of Grab’s new efforts to transform itself into an everyday super app for consumers.[28]

GrabMart was then officially launched in Indonesia and Thailand.[31] However, as the demand for online grocery shopping grew due to COVID-19, GrabMart was later expanded to include Singapore, Indonesia, Malaysia, Vietnam, Thailand, the Philippines, Myanmar and Cambodia in 2020.

Specific to Singapore, GrabMart was launched as GrabSupermarket on 28 May 2020.[32] It partnered with local supermarket chain HAO to offer consumers over 10,000 products with next-day delivery.

On 14 February 2020, Grab piloted GrabCare, designed to provide healthcare professionals with round-the-clock commuting services to and from their workplaces.[33] The pilot was first rolled out to healthcare workers from the National Centre for Infectious Diseases (NCID) and Tan Tock Seng Hospital (TTSH). 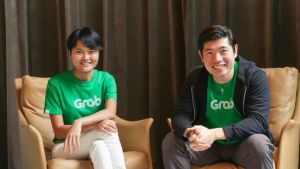 In 2020, Anthony Tan and Tan Hooi Ling won the 25th Nikkei Asia Prize for the economic and business innovation category.[34] Nikkei Asia attributed their win to having expanded Grab from being a ride-hailing operator to a provider of food and grocery delivery services and cashless payment solutions.

In 2019, a series of fake advertisements used Tan’s name to promote sham investment and cryptocurrency services on Facebook.[35] According to The Straits Times, one of these advertisements mentioned that Tan had “revealed an investment platform that is helping regular people to get wealthy.”

Grab filed a police report and denounced the fake advertisements:

“Recent ads and articles have been circulating online, claiming that Grab co-founder and CEO Anthony Tan endorses cryptocurrency ventures and get-rich-quick schemes. They are not true.”[33] 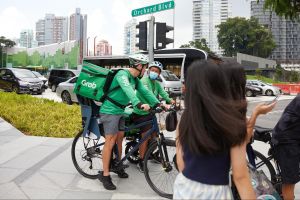 Tan’s food delivery experience lasted for 1.5 to 2 hours, within which he completed “4 batched orders.” He also shared that Mr. Lim was a father who fulfilled 20 to 30 orders a day to support his family:

“I really admire his work ethic and energy, and hope he takes a break this weekend to celebrate Father’s Day. Like Mr Lim, millions of our partners do their best daily for their loved ones. Happy #fathersday to all dads! 😊”[33] 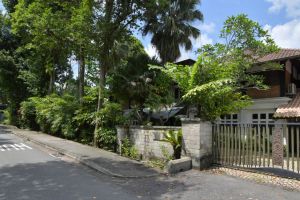 The 21,637 sq ft property is located in District 10 of Bin Tong Park. According to Tatler Asia, this district, positioned near Holland Village and Leedon Park, is regarded as one of the wealthiest residential areas in Singapore.[35]