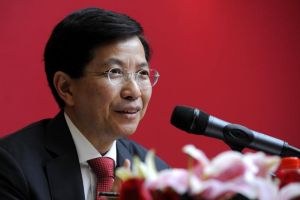 Tan is a graduate of Harvard Business School, where he was a part of the Advanced Management Program.[3]

Tan joined the Genting Group in 1982.[3] In his time there, he held several senior corporate and operational positions in many geographical regions.[4] He briefly served as Chief Operating Officer and Executive Director of investment brokers DBS Vickers Securities until he left to rejoin the Genting Group in 2004.[5]

Since rejoining in 2004, Tan has held a variety of positions in the Genting Group. He was previously appointed Chief Executive Officer (CEO) of Resorts World at Sentosa Pte. Ltd. (RWS), one of Genting Group’s subsidiaries, in 2007, and later Chairman of RWS in 2015.[5] He is credited with being responsible for Genting Group’s successful 2006 bid for the license to develop RWS.[6][7]

Tan is also a member of the Central Provident Fund (CPF) board and Honourary Secretary of the Singapore Hotel Association.[8][9]

Appointment as CEO of Genting Singapore

On 1 May 2022, Tan was appointed Chief Executive Officer (CEO) of Genting Singapore.[4] In taking on his new position, he will concurrently cease his responsibilities as President and Chief Operating Officer (COO) of the company.[4] This promotion comes 12 years after he was first appointed President and COO.[10]

Tan is the Vice President and Co-founder of the Leukemia and Lymphoma Foundation, a charitable organisation in Singapore.[3]