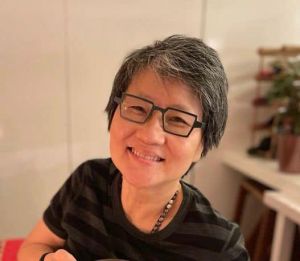 A screenshot of Andrea from her Channel 8 feature. Photo from Facebook.

Andrea Teo was a Singaporean entertainment producer and director, best known for producing popular Singaporean sitcoms “Phua Chu Kang Pte Ltd” and “Under One Roof”. She passed away on 25 August 2022, after a two-year battle with cancer.

During her time at Mediacorp, Andrea produced a range of comedies and sitcoms, such as Three Rooms and My Grandson The Doctor.[1] Her first show was the short-lived sketch show The Ra Ra Show, which aired in 1993 and was cut short following complaints about its characters’ use of Singlish and racy themes.[2] She subsequently produced other sitcoms such as Phua Chu Kang Pte Ltd (1997 - 2007) and Under One Roof (1995 - 2003), which received widespread popularity.[2] The latter was the first Singapore-produced English-language sitcom, and was subsequently exported to overseas markets in Canada and Australia.[2]

Andrea’s work resulted in her receiving multiple awards and accolades, such as multiple Asian TV Awards, a bronze medal for Sitcom at the New York Festival and an international Emmy for her second sitcom, Happy Belly.[3]

In a Facebook tribute to Andrea, former CEO of Mediacorp Woon Tai Ho recalled his reactions when he first watched Under One Roof, saying:

“In 1994, the CEO of TCS Lee Cheok Yew invited a few of us to watch the pilot recording of the first local sitcom, Under One Roof.  I found myself laughing hard and realised while I was laughing with Tan Ah Teck and his family in Bishan, I was also laughing at ourselves. The jokes did not sound forced and the English used did not make me cringe. I was happy someone finally found a way to make me comfortable with local comedy and local TV.”[4]

After leaving Mediacorp, Andrea helped to start up the now-defunct broadcast company SPH MediaWorks in 2000.[2]

From 2002 to 2008, Andrea joined Asia Pacific Breweries, where she worked in launching products such as craft beer brand Archipelago as well as the cold-room bar Eski Bar in Boat Quay.[2] She then moved to Resorts World Sentosa, where she built the entertainment team to handle thousands of shows a month at Universal Studios Singapore.[2]

In 2017, she moved to South Korea where she was Vice President of Attractions and Entertainment at Jeju Shinhwa World.[3]

Since 2021, she had been working as a consultant for Sentosa Development Corporation, where she was responsible for curating and designing new guest experiences. One of her projects was the musical Lightseeker, which she co-produced with musician Dick Lee.[2]

Andrea Teo's death was announced on publications such as The Straits Times and CNA Lifestyle on 25 August, the day that she passed. She was 56 years old at the time. She leaves behind her partner, her parents and sisters.[1]

In a statement, Mediacorp paid tribute to Andrea’s contributions and achievements in the Singapore entertainment scene:

"We are deeply saddened by the passing of our former colleague, Andrea Teo. She will be dearly missed by all who have worked with her. Andrea was well known and regarded for her work on some of our best loved comedies, such as Under One Roof and Phua Chu Kang. This is a devastating loss and we offer our deepest condolences to Andrea’s family and friends."[3]