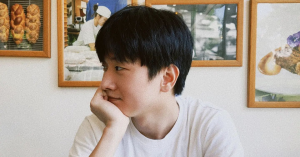 Xiao Li Yuan was a child actor who was best known for his roles in Homerun (2003) and Let It Shine (2007). Currently, he is no longer active in the entertainment industry and is working in a corporate setting.[1] In June 2022, Li Yuan had sparked local interest after actress Chantelle Ng started an online search via Instagram, seeking to reunite with her childhood friend.[2]

Xiao Li Yuan currently works in the corporate sector and according to actress Chantelle Ng, “has decided to keep a low profile”.[3]

Xiao Li Yuan kickstarted his early career as a child actor in the movie Homerun, a Jack Neo-directed film.[7] The film was adapted from the 1997 Iranian family drama, Children of Heaven and follows a young pair of impoverished siblings who share a pair of shoes between themselves.

In this sequel to Hong Kong supernatural horror film, The Eye (2002), Xiao Li Yuan plays a minor role of a school boy.[6]

Xiao Li Yuan received his first leading role in 2005, for the film 4:30. It follows the story of an 11-year-old boy, Zhang Xiao Wu (Xiao Li Yuan) and the relationship he shares with his Korean tenant, Jung.[8] Told entirely from the perspective of Xiao Wu, 4:30 draws an introspective parallel with modern loneliness, overcast by a tinge of humour.[9]

The film’s international rights have since been acquired by Celluloid Dreams (excluding that of Japan and Singapore), French film production and distribution company.[8] Directed by Singaporean writer and director Royston Tan, the film has gone on to clinch the following awards[8]:

In the Mediacorp and Channel 8 drama, Let It Shine, Xiao Li Yuan was cast as a stoic school boy by the name of Situ Bi.[2] He made an appearance in several episodes where he worked closely with fellow actress, Felicia Chin who played aspiring star and relief teacher, Guo Yao Yao.[4] 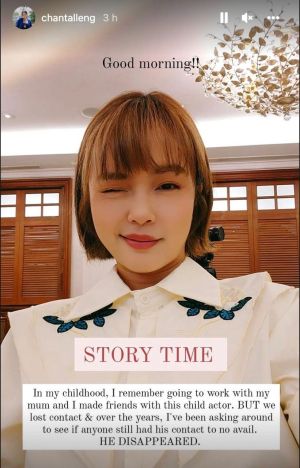 On June 13, 2022, Mediacorp actress Chantelle Ng reached out to her followers via a series of Instagram stories in an effort to reunite with a long-lost childhood friend and former child actor, Xiao Li Yuan.[1] She also shared that she had tried “asking around” over the years but had not been successful in doing so. She also revealed that she “recently felt a strong push” to renew her efforts once more.[3]

With the actress’ appeals, Li Yuan soon drew the attention of several local publications, including CNA, The Straits Times, 8 DAYS, and Mothership.[10][11][2][1] In the following days, he would go on to make headlines on these sites, which largely covered his past career as a child actor and his successful reunification with Chantelle Ng.

The actress had first met Li Yuan on the set of the Mediacorp drama, Let It Shine. Her mother, veteran actress Lin Meijiao had been a part of the cast, which led to her visiting the set often. It was there that she had gotten to meet young Li Yuan and form a close bond with him.[2]

In an Instagram post that she later shared, Chantelle proclaimed that she had “pledged to find him” and that she would eventually “find [her] friend again”.[3] 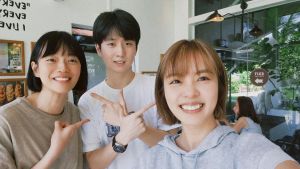 Soon after actress Chantelle Ng had appealed to her followers online, a friend of Li Yuan’s reached out to Chantelle and arranged a meetup between Li Yuan, Chantelle, and actress Felicia Chin.[3] Felicia Chin had previously worked together with Li Yuan on the Mediacorp drama, Let It Shine.[4]

From the Instagram posts that both actresses shared after this reunion, it would seem that they had managed to amicably catch up with Xiao Li Yuan, and reminisce about their shared experiences in the past.[3][12]