The second son of Lee Hsien Yang, Li Huanwu is a business developer at the AI firm Afiniti.[1] After claiming a stellar academic record, Li Huanwu started out as an Investment Banking Analyst at Goldman Sachs. Following that, he held similar positions at L Capital and Värde Partners.[2] Li Huanwu is the older brother to Li Shaowu and younger brother to Li Shengwu. He is the nephew of Lee Wei Ling and a grandchild of the late Lee Kuan Yew. 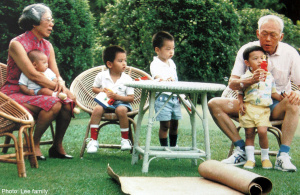 Li Huanwu went to the Singapore American School (SAS) at the start of his education. In a 2007 interview with The New York Times, then-prime minister Lee Kuan Yew shared that his grandson (Li) was dyslexic.[3] Li Huanwu was then enrolled into SAS who then had teachers trained in helping dyslexic students.[4] Subsequently, Li entered Raffles Junior College (now Raffles Institution) for his post-secondary education. 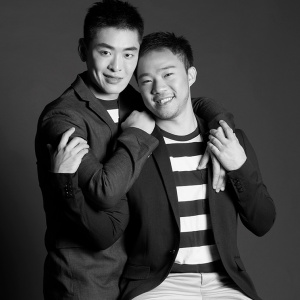 Li Huanwu (left) is married to Heng Yirui (right). Photo credit to Leslie Kee. Retrieved from Out in Singapore.

Li Huanwu and Heng Yirui got married in Cape Town, South Africa on 24 May 2019.[14] Before their wedding ceremony, the pair visited the Mana Pools National Park.[15] Their wedding was a small and private affair with only close friends and family in attendance.[16] The Singapore Airlines cabin crew also presented a cake and congratulatory note to the couple on their flight to South Africa.[17]

After tying the knot, the married couple released a statement to Pink Dot SG, who then published it on their social media platforms.[18]

Li Huanwu is an avid supporter of the Pink Dot movement which encourages the integration of the LGBTQ community in Singapore.[19] He also believes in repealing 377A, a law which criminalises sex between consenting adult men in Singapore.[20][21]

In 2018, Li Huanwu attended Pink Dot with Heng Yirui and a group of friends.[22] The following year, he brought his parents along to the event.[23]