Lewis Loh (born 9 August 1996), also known as LEW, is a Singaporean singer-songwriter. In 2015, his rendition of Our Singapore went viral on the Singapore Police Force Facebook page.[1] Since then, LEW has released music of his own. As of April 2020, LEW has 111,369 monthly listeners on Spotify.

LEW and his twin sister were born on 9 August 1996 in Hong Kong to Singaporean parents.[2] He was raised in Hong Kong and first dabbled in singing when he auditioned for a solo part in a school production of The Lion King at the age of 11.[3] After experiencing his first heartbreak at 17 years old, LEW started writing his own songs.[4] One of his songwriting influences is Michael David Rosenberg, the front-man of British band Passenger.[5] He returned to Singapore in 2015 to serve his National Service (NS).

At 16 years old, LEW had attended a summer programme at Berklee College of Music in Boston.[6] Following NS, LEW enrolled in a full-time degree course at the college, pursuing songwriting.[7]

In 2015, LEW appeared in a video (Facebook video) as the lead singer for the SPF band's rendition of Our Singapore. The video went viral and he had been dubbed the "Singing Cop" at the time.[8]

In 2015, LEW participated in a National Arts Council (NAC) music programme and was one of six artists in the programme to receive the Noise Singapore Award. Along with the award, LEW had also received a grant worth S$5,000.[9] 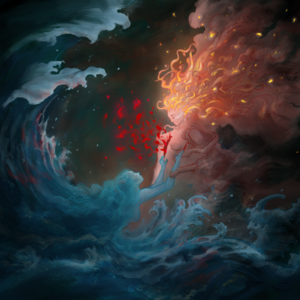 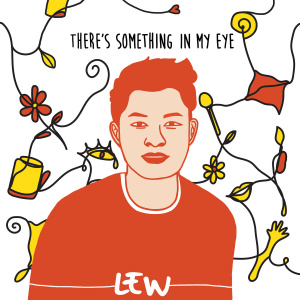 The cover art for There's Something in My Eye (2018). Retrieved from Bandcamp.

In 2018, LEW released two albums - There's Something in My Eye and ENFJ. 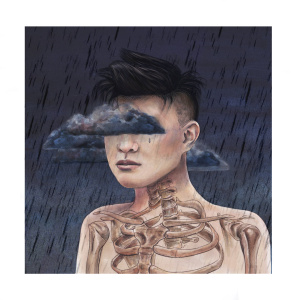 The cover art for Lullacry (2017) had been designed by local artist, Lovage. Retrieved from Bandcamp.

LEW's single Loved You So (2016) ranked ninth on the iTunes Singapore Pop Charts.[13]

Since his debut, LEW has collaborated professionally with various artists - one of them being the local musician Joie Tan.